Northern Australia is rediscovered by each new generation of Australian politicians. Dams, mines, large transport projects, a food bowl for Asia and many other projects are promised and sometimes delivered, but then the political momentum fades away and the focus of attention turns to other issues. What is often missing in discussion is the region’s long history of nation-building initiatives and proposals, stretching back to 1901. Without this knowledge we are likely to repeat the mistakes of the past.

Winner of the 2019 Chief Minister’s Northern Territory History Book Award, Northern Dreams is the definitive history of the politics of northern development in Australia.

“If Australia is to be held—it will be held in the North … It can only be made impregnable by settling the empty, inviting, healthy – but now neglected – North, with men who will make it their home, their holiest of holies, their own. Empty North Australia menaces all Australia.“

So wrote journalist John Sleeman in 1920. From the late nineteenth century to the early 1970s, commentators preached doom for Australia if the northern half of Australia remained underpopulated by Europeans and undeveloped by their civilisation. Sleeman and his peers assumed that advancing Asian nations would seek to invade and settle the north's so-called empty spaces and crush the ideal of a racially pure White Australia forever.

While the goal of a White Australia has now been discredited, Sleeman’s claim that the ‘Empty North Australia menaces all Australia’ still has resonance today. The notion that vast areas of the north are untouched by economic development and therefore ‘Empty’ periodically concerns Australia’s political and business elites, who are mainly based in the south-east of the country. Significantly, economic anxiety about ‘unused land’ has often combined with fear of political damage to be incurred through neglect of the northern electorate. For despite the fact that Commonwealth, state and local governments over several generations have expended large sums in providing the north’s rural and urban residents with infrastructure and amenities, northern politicians continue to push the notion of an uncaring south obstructing the future greatness of the north through neglect. Government funding, especially Commonwealth funding, has been a traditional remedy to secure infrastructure that would demonstrate the national significance of Northern Australia as well as provide security and well-being to northern residents. 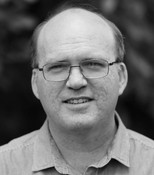 Dr Lyndon Megarrity
Lyndon Megarrity graduated with a PhD in history at the University of New England (2002). He has since worked as a researcher, author and tertiary teacher. Megarrity is an adjunct lecturer at James Cook University, based in Townsville. He is the
Read profile