This is Uni Protecting public health in the tropics

Protecting public health in the tropics

Protecting public health in the tropics

North Queensland is famous for its beautiful variety of terrains and ecosystems. These environments, however, bring a unique array of health issues into tropical, rural and remote communities, including diseases and lifestyle health issues.

David Sellars, a senior lecturer at James Cook University’s Division of Tropical Health and Medicine, has spent almost 20 years working in public health units across Queensland. David shares JCU’s passion for serving tropical North Queensland, and advocates for improved facilities and activities to increase the level of health in these rural, remote and Indigenous communities.

“The unique challenges about working in the tropics is that you see exotic organisms or incidents of disease that you don’t see anywhere else,” he said.

Public health in these areas has already come a long way, thanks in part to a rare outbreak of Japanese encephalitis on Badu Island in the Torres Strait in the mid 1990s. The virus, which caused multiple deaths, led to what David called “a multi-prong health approach that really exemplifies what environmental science can do”.

After eradicating the virus, the government implemented an environmental infrastructure program across the Torres Strait worth close to $140 million, which has markedly increased the living standards of the people in those regions.

“This is supposed to be a first world nation, and yet we still had this community of 6000 people facing increased risk from basic living standards and a vaccine-preventable disease. These developments improved water drainage, sewage treatment, and provided vaccination against Japanese encephalitis. There were many, many projects that have increased the standard of living for people,” David said.

A more recent example is the waterborne bacterium called melioidosis, which became a public health issue in Townsville after the February 2019 floods, with 13 confirmed cases and one death. Health authorities advised that people who had compromised immunity and were more susceptible to the bacteria should stay away from the clean-up effort until the soil had dried out.

Torrential rain during Cyclone Ita on The Strand, Townsville 2014

Public health strategies like this can be taken for granted, though. Known or expected incidences of disease are managed by complex systems that are in operation 24/7. These systems are costly to run, and need to be maintained constantly by health professionals.

“Living in a first world nation, we tend to take a lot of that for granted,” said David. “In a way, it’s good to have minor incidences happen every now and then, to remind us of the necessity to have rules and regulations in place to manage the health risks we face every day.”

While some public health issues are one-off incidences, others are ongoing. The best way to prepare ourselves for public health outbreaks is to maintain a healthy way of life. David stressed that people will need to adapt their lifestyles to anticipate the changes of the future.

“One of the biggest problems we have now is our sedentary lifestyle, particularly for professionals who are stuck behind screens all the time.

“The jobs of the future are technology-based, rather than physically-based, and we need to prepare for the health risks that are associated with this, like diabetes or unhealthy weight gain. We will need to modify our lifestyle and our behaviours.”

One way to change from a sedentary to active lifestyle is to build activity into your transport options.

“Changing from a driving lifestyle to a walking, cycling or public transport lifestyle will lift your level of health and reduce your risk of non-communicable diseases, such as diabetes,” said David.

David appreciates the fantastic environment JCU offers to learn about public health in a way that makes a difference.

“What I love about this job is that I am constantly learning. It’s a great place to be, because you’re surrounded by very smart people all the time who are always thinking, and are keen to share knowledge and be collaborative. There’s not a day goes by that I don’t learn something new.”

If you are interested in making a difference in public health in the tropics like David, consider studying public health and tropical medicine at JCU. 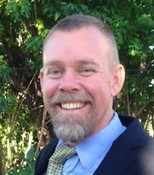