Sky blue dresses, snow white aprons and crimson capes have captured the imagination of a younger generation on Anzac Day. Wearing vintage uniforms, nurses and midwives stepped back in time to pay their respects while displaying the solidarity and enthusiasm that brings the group together.

Decked out in uniforms from yesteryear, the group of nurses and midwives were hard to miss on Tuesday during the Anzac Day march in Townsville.

Although it was a warm day and the scarlet woollen cape was not made for the climate, James Cook University student Rachael Macdonald felt a shiver as she marched down the Strand.

“I felt really privileged and very proud to have been part of this,” she says. “Nursing and midwifery are such beautiful and close-knit professions and marching as a student-midwife, I felt I was part of something a lot bigger.” 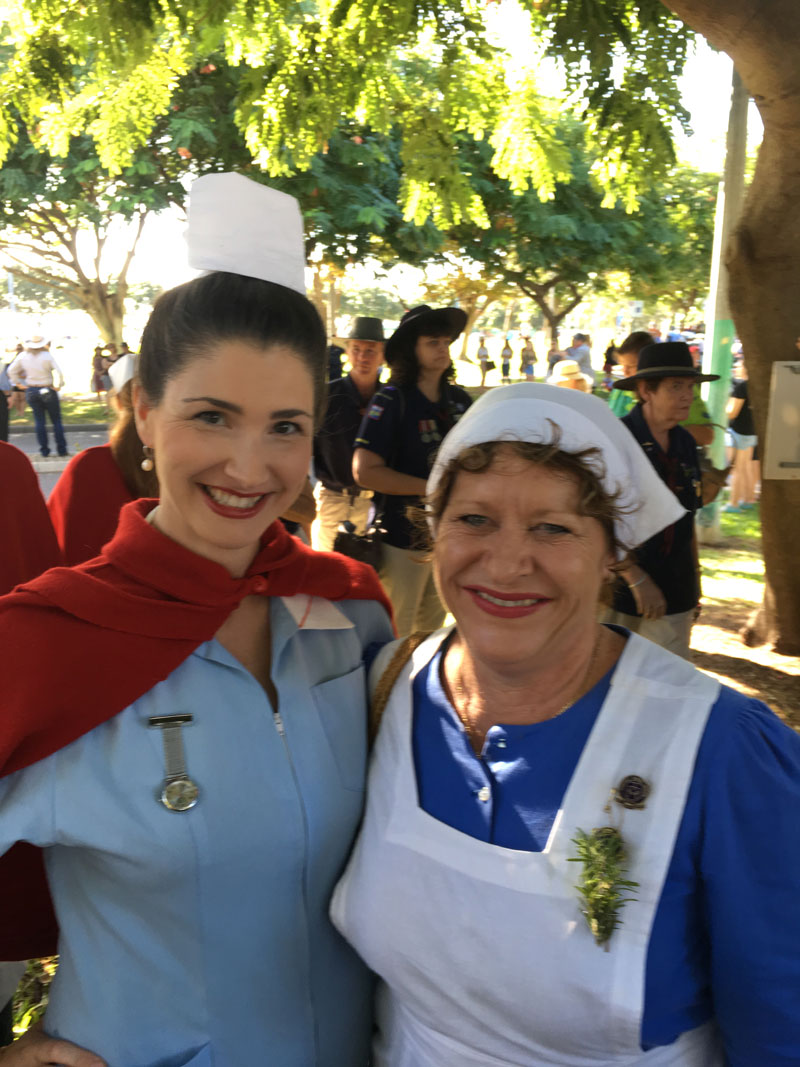 Rachael joined nurses and midwives from the hospital as well as lecturers, staff and students from James Cook University in the march. The first year Bachelor of Nursing Science - Bachelor of Midwifery student says the group received a wonderful reaction from the crowd, especially the children.

“We were high-fiving children on the way down,” Rachael says. “One little girl saw us and cried out, ‘I want to be a nurse when I grow up’. It was just adorable.”

Rachael always felt drawn to midwifery, but has taken an unusual path towards the career. She completed a Bachelor of Science (Honours) and a PhD in physics before returning to study at JCU, where she teaches marine physics. Rachael Macdonald with her children, Thomas and Piper.

“Midwifery has always been a calling of mine,” she says. “I loved being a scientist, but it was time for me to do what I was really supposed to do. I want to bring those skills that I have learnt in my PhD and apply it to evidence-based practices in midwifery.”

While not many in her cohort would also work at the university, Rachael says she has found kindred spirits among her peers.

“Many students have similar stories of being in another career or having kids and then coming back to do something that they really want to do,” she says.

If you want to be part of making a difference in people’s lives, check out JCU’s Bachelor of Nursing Science – Bachelor of Midwifery.