The gene-based vaccine that could change the world

The gene-based vaccine that could change the world

An Australian researcher is taking a new approach to understanding how the malaria parasite messes with the human immune system. The ultimate goal? A revolutionary vaccine.

“Overall, about half the world’s population is at risk from malaria,” says Professor Denise Doolan of the Australian Institute of Tropical Health and Medicine at James Cook University (JCU).

“There are more than 200 million clinical cases of the disease each year, and about half a million deaths, so it’s quite a big public health burden.”

Unlike many infectious diseases that are eliminated by our immune system, malaria parasites cause acute illness, and can hide out in our blood cells and tissues, making them very hard to get rid of. Such chronic infections only exacerbate the perpetual spread of malaria.

This has made the development of effective vaccines and treatments very difficult. What’s worked well for less complex pathogens, such as those that cause smallpox and polio, doesn’t work for malaria.

“What that really means, in my opinion, is we need to take a different approach,” says Professor Doolan.

She and her team at JCU are trying to gain a better understanding of the host-parasite interaction by creating detailed genetic profiles of both the parasite and the human immune response. They then use that information to develop new strategies to combat the parasite and eradicate the disease.

For example, the malaria parasite makes more than 5,500 proteins. Just picking one or two of these to make a vaccine leaves a lot of scope for the parasite to get around it.

So instead, Professor Doolan says, “We’re trying to design a genome-based vaccine.”

A full analysis of the parasite’s complete genetic blueprint – or genome – will provide a much better understanding of how all those proteins function.

This knowledge can then guide the design of vaccines that incorporate multiple important proteins, and thus generate a strong and sustained immune response that the parasite cannot evade.

Researchers are also examining the human immune response to malaria, particularly during the ‘liver stage’, which takes place after the initial infection, but before symptoms develop.

Evidence suggests that immune T-cells play an important role here in determining whether or not a person gets ill. But Professor Doolan wants to figure out why, and how this information can be used to design an effective treatment.

She’s also intrigued by people who have become immune to the illness after a lifetime of exposure.

“They won’t get sick, but they still have parasites circulating in their bloodstream,” she says.

By building a comprehensive genetic picture of the immune response during the liver stage of the infection, or in people who have some level of immunity to the disease, Professor Doolan hopes to identify which immune molecules and functions are important, and then therapeutically target these to protect people against malaria.

A related aspect of this work could also identify people who are particularly susceptible to infection and disease, as well as those who will respond well to vaccination or treatment.

Professor Doolan’s approach to tackling malaria, including the platforms and technologies she’s developed along the way, could also be applied to other diseases, she says.

“The core of my research is to try and improve the health of millions of people worldwide who are affected by either an infectious or chronic disease.”

Discover more about how Professor Doolan and the Centre for Molecular Therapeutics are developing innovative solutions to global public health problems.

Harness your passion for discovery to make a difference in people's lives. Explore what you can do with Biomedical Sciences and Public Health and Tropical Medicine. 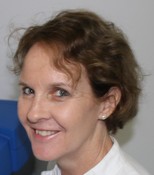 Prof Denise Doolan
Denise Doolan is a Professorial Research Fellow (Immunology of Infectious Diseases) in the Australian Institute of Tropical Health and Medicine, James Cook University (Cairns, Campus). She completed her B.Sc (Hons, Biochemistry) at the University of
Read profile