A brush with death would make most people steer clear of whatever had threatened their life. But instead of avoiding the infectious disease that almost killed him, James Cook University PhD student Edgar Pollard has immersed himself in malaria research.

In parts of the world, especially sub-Saharan Africa, a mosquito bite is more than just irritating — it can be potentially deadly. In 2015, almost half of the world’s population was at risk of malaria. Symptoms can include fever, fatigue, vomiting and headaches. The worst cases can cause yellow skin, seizures, coma or death.

“I nearly died from malaria around 10 years ago,” Edgar says. “To be able to work in research that would in any small part reduce the malaria burden for the future generations of the Solomon Islands was attractive.”

Malaria is a mosquito-borne infectious disease caused by parasites. The disease is most commonly transmitted when an infected mosquito bites a person, introducing the parasites from the mosquito’s saliva into a person’s blood. The parasites travel to the liver where they mature and reproduce. Edgar has been researching malaria in the Solomon Islands, his home country, for about a year as part of his thesis. He was the first recipient of a PhD scholarship funded through a partnership between the Australian Institute of Tropical Health and Medicine (AITHM) and Rotarians Against Malaria (RAM) for a student from Papua New Guinea, Solomon Islands, Vanuatu or Timor Leste.

The Solomon Islands provides a microcosm of some of the significant hurdles to malaria control and elimination. Edgar is studying malaria vectors, the term for mosquitoes capable of transmitting malaria parasites. His work involves collecting mosquitoes throughout the night, at different times and in different locations, to better understand mosquito movement behaviour.

“The most interesting thing I have learned is that mosquitoes have changed their behaviour due to pressures from vector control,” Edgar says. “For example, mosquitoes are now biting more in the early evening to avoid coming into contact with insecticide bed nets that people sleep in.”

The global effort to control malaria will be commemorated on World Malaria Day on Tuesday, 25 April. The World Health Organisation (WHO) estimates that there were 212 million cases of malaria in 2015. For people in the Solomon Islands, the disease has become part of life. Edgar says whenever someone gets sick, malaria would be the first thing they check for.

“I am pretty sure everyone in the Solomons has had malaria at least once in their lifetimes, so it’s pretty normal,” he says. “I’ve had it more than 10 times and nearly died when I got cerebral malaria and I lost my senses and was admitted to hospital.” 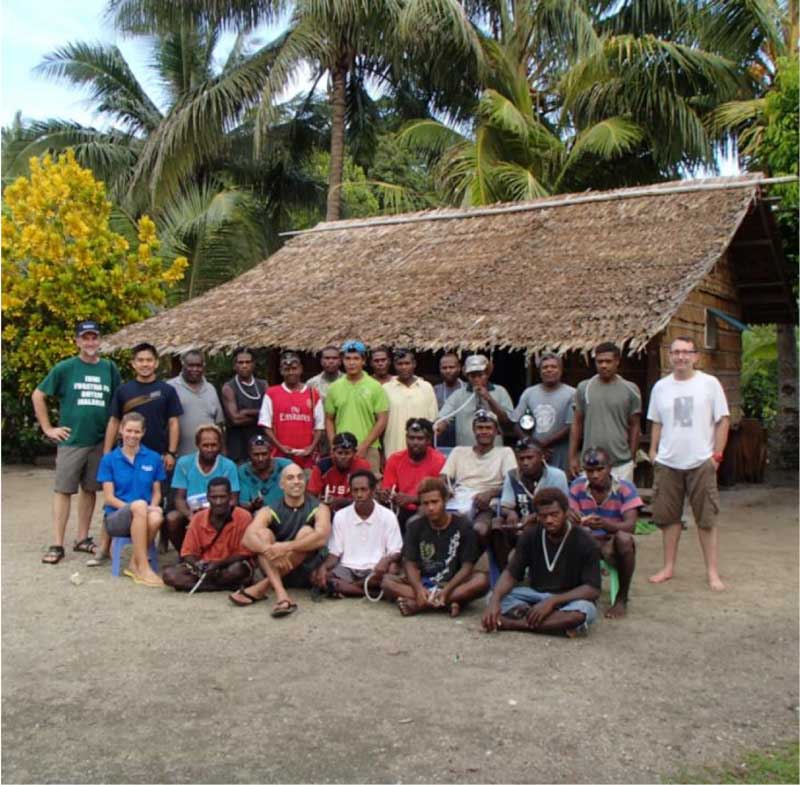 Edgar has become part of a global network that is making a difference to people all over the world. Professor Tom Burkot, Director of VectorBorne Disease Network (VecNet) and a key researcher at AITHM, is supervising Edgar’s studies. Tom’s research has taken him around the world and he has worked at the Papua New Guinea Institute of Medical Research, the Centers for Disease Control and Prevention in the USA, as well as in Angola, Ethiopia and Indonesia.

“Work on human diseases, like malaria, requires the coordinated efforts of a large number of people with diverse backgrounds, including vector biologists, epidemiologists, nurses and other care givers, demographers and others,” Tom says. “In the Solomon Islands we work closely with the staff of the National and Provincial Vector Borne Diseases Control Programme, as well as with the nurses based in local health clinics and with the villagers who do a lot of the work of collecting mosquitoes.”

All of the efforts are having an impact, with a reduction in the malaria burden in many places around the world.

“There has been tremendous success in reducing the incidence of malaria,” Tom says. “In Africa, the most dangerous malaria parasite has seen its incidence reduced by almost half in the last 15 years and 80 per cent of this reduction has been attributed to mosquito control with insecticide treated nets and indoor residual spraying with insecticides.”

The research team in the Solomon Islands hopes to build on this success. Their focus is on understanding the behaviours of both the adult and larval stages of mosquitoes. This information would increase the success of surveillance and targeting of mosquito control measures. At the present time, only the use of insecticide treated nets and indoor residual spraying are universally recommended for malaria vector control.

“Both of these interventions attack mosquitoes that enter houses,” Tom says. “As the malaria mosquito in the Solomons bites mostly outdoors, we need new interventions to stop outdoor biting and effective larval control is one means to do so – by killing the potential outdoor biters when they are still immature larvae.”

Researchers have their work cut out for them. More than 40 types of mosquitoes transmit malaria, and they have unique biologies.

“We have to develop strategies that attack the vulnerabilities of the mosquitoes to effectively control them,” Tom says. “This means focusing on control indoors for some vectors and outdoors for mosquitoes like An farauti in the Solomon Islands.”

Mosquitoes might have met their match in Tom, who is not one to shy away from a challenge. The difficulties and complexities of malaria research do not dishearten the professor, instead he is hopeful that one day the world will be free of malaria. Tom’s passion for turning research into practical solutions has been the foundation stone of his career.

“I was drawn to work on mosquitoes because I had a very wise professor who was able to show that there is a direct relationship in translating basic understandings of mosquito biology into effective control of the mosquito,” Tom says. “The ability to translate basic research to practical applications was, and is, very appealing. Malaria used to kill more than 1 million children, mostly in Africa, when I was a student. Today, we’ve reduced deaths from malaria to 400,000. There is reason to be optimistic.” 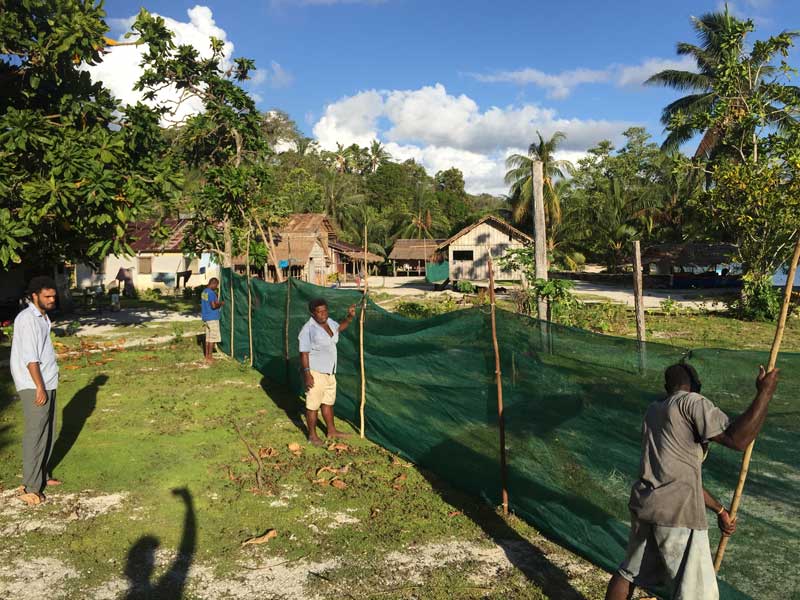 Back in the Solomon Islands, Edgar shares Tom’s optimism and has faith that through research and hard work his home country will eliminate the infectious disease. “We probably need greater prioritisation from the government, in both human and financial resources,” he says. “I believe with the tools we currently have we can work toward elimination. We have already made huge gains but we need to really knuckle down and not be complacent.”