In 1920s Queensland, Lizzie O’Dea wants to get away from her dad and the memories of her mum that haunt her. At the races she meets attractive, war-scarred Joe and sees her chance to escape. But life with Joe isn’t what she dreamt it would be.

Finding herself on the fringes of society, Lizzie discovers a new sense of independence and sexuality, love and friendship. It’s a precarious life, though, always on the edge of collapse.

Two decades later, Lizzie is sick and worn out. Lying in a Brisbane lock hospital, she thinks about Joe, who’s been lost to her for many years. But she’s a survivor. There’s hope yet.

Set between Brisbane and Townsville, and based on real events that the author uncovered from historical archives, Treading Air is the remarkably vivid tale of a young Australian working-class rebel who clashed with the expectations of her world. 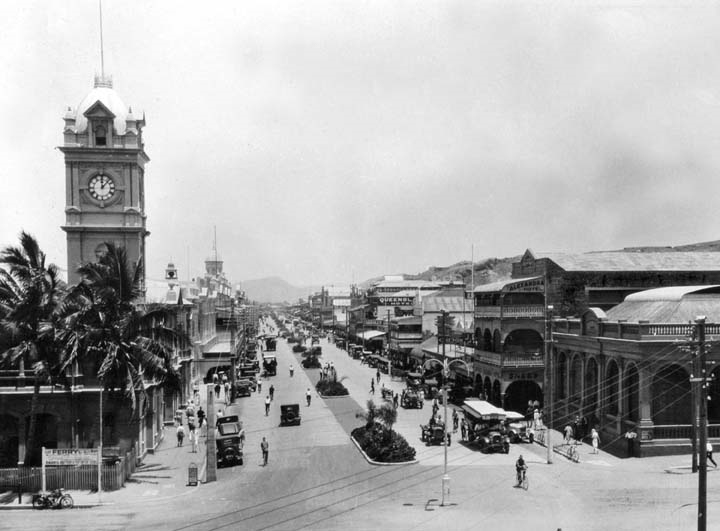 Joe and Lizzie scramble up the side of Castle Hill, their feet skittering over loose stones. Her dress tangles in brittle shrubs, and she stoops to unhook herself. He charges ahead. She heaves forward, feels the material of her skirt rip, grabs on to a clump of grass to pull herself away, and she is after him.

A tree trunk materialises from the darkness. She brakes hard. Joe crashes up ahead, takes hold of the rough bark and launches off the trunk. She has her hand out now, searching for him. The moon above them. Her body heavy. She can’t see Joe. She stops, and the space around her hums with crickets. A weight on her shoulder. She shudders, raises her hand to brush the thing away, but then Joe’s voice is in her ear, telling her to shut up and listen. He puts his arm around her waist. Pins and needles spread across her skin. She feels his heat, the slope behind them. She tilts into him. The wind carries a low moaning from somewhere up ahead. Little animal sounds, gasping – some strange northern creature, a bird maybe, calling to its mate across the cliff face and still sea.

A word carried across the grass makes her realise that the sound is all too human. She laughs. Joe brushes his fingers over her lips, and she bites his knuckle. A shiver of excitement runs through her. He kisses the tip of her ear, pulls her down into the grass. A blade pricks her knee.

They slither closer to the sounds. The man’s white shirt glows in the moonlight. The woman’s face is lost in a cloud of hair. The man sits up to shed his jacket, turning the sleeve inside out so that the silk lining unfurls, a rose-coloured cylinder held up in the darkness, the moon at its edges.
Joe crawls forward. He hooks his fingers in the jacket’s collar, drawing it to him. He opens the jacket, and the silk lining is the colour of the lungs that move so close to the material. He extracts a leather wallet from the breast pocket and slips out four one-pound notes. He cups Lizzie’s hand, as he did when he gave her the snow, and presses the notes into it, curls her fingers around them. She lifts her skirts, shows him a dimpled thigh, tucks the notes into the top of her stocking.

Joe grabs Lizzie’s hand and they career forward, the slope taking them. The horizon shifts upward, the stars and moon globed above their heads. She’s propelled by an unknown force, his hand in hers, sweaty, his body a lead weight pulling her down.

She remembers that men have begun work on a quarry, a gash cut into the landscape, dropping down. She wants to call out to Joe, but she’s too breathless, the slope is too much. Her feet aren’t touching the ground now, but treading air, churning up the stones in front of her, which slide across the surface. She laughs with the freedom of movement, Joe with her, no one else but them in the night, the streetlights along Flinders Street like petrol plugs set alight, burning endlessly, oil tankers pulled up at the wharf, the sea empty, glassy, mud beneath the surface, crabs buried in the mud, only their pincers raised above the dirt, snapping the empty water around them, hoping some unlucky creature will, by some lining up of the stars, a flicking of fins, be in that precise space at the moment when their pincers close around it and pull the fish, struggling, back into the hole.

This is an except from Treading Air by Ariella van Luyn, published by Affirm Press. The novel is available now at all good bookstores $24.99 Dr Ariella Van Luyn
Dr Ariella Van Luyn is a Lecturer, Writing, in the Department of English at James Cook University. She completed her practice-led PhD in Creative Writing in 2012. Her PhD investigates the dialogue between fiction writing and oral history practice in
Read profile