This is Uni Wearable technology in a field of its own

Wearable technology in a field of its own

Wearable technology in a field of its own

Have you ever watched a game of professional sport, it might be rugby league, Aussie rules, soccer or any other sport, and noticed an odd lump in a player’s jersey? How about some of the bulky-looking undergarments players wear on their chests?

If you’ve jumped to the conclusion that these players are wearing a GPS, you might be right, but as JCU’s Deputy Head of Sports Science Dr. Glen Deakin will tell you, even that technology is fast becoming outdated.

To understand where wearable technology is going, it is first useful to see where it has come from, and according to Dr Deakin, the traditional heartrate monitor is becoming a thing of the past.

Dr Deakin’s job as a sports scientist is to ensure the amount of data doesn’t overrun people’s ability to interpret it.

If you’ve watched a match in the NRL, or the AFL, or any other professional sport recently, you’ll know that the amount of data available can quickly mount up.

“If you look at the AFL, for example, they have analysts that sit down and just analyse the game, you might have three or four analysing the game just from a statistics point of view,” he said.

“They’ll video it, record it, how many people have kicked the ball, played the ball, catches all that information. On top of that now you’ve got player information such as how many jumps did they do, how fast did they run, how hard did they hit, so we’ve actually got an information overload.

Wearable technology is becoming more advanced, allowing consumers to make use of it, as well as professional athletes.

That’s why Dr Deakin is at the forefront of ways to analyse and collate the information that can be made available from current technology, and the technology that is just over the horizon.

“We’ve got to be careful we don’t get into a situation where our sports science information gets ahead of our ability to interpret it,” Dr Deakin said. “That’s where people like myself and my department come in, we keep that information at a usable form.”

With technology advancing to such sophisticated levels, it seems sports scientists are claiming ever smaller advantages through the use of detailed analysis.

“One of the biggest areas that we’re looking at right now is athlete monitoring, and recovery. Monitoring how much force an athlete is generating in competition, their types of movement patterns,” Dr Deakin said.

“Even the traditional GPS is becoming old-hat, but there are new forms of GPS and new forms of movement devices that we can put on that look at inertia and so forth. The idea is to now not just look at the body itself but individual limbs to see how forces are changing.”

If you want to work with cutting-edge technology and athletes at every level, consider a JCU Sports and Exercise Science Degree 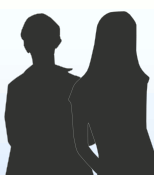 Dr Glen Deakin
After completing his PhD in exercise physiology at Southern Cross University, Lismore in 2004, Glen Deakin joined the Institute of Sport and Exercise Science (ISES) in 2005 as the Cairns Campus Coordinator when ISES commenced operations in Cairns.
Read profile