This is Uni When disaster strikes

If a cyclone is bearing down on your neighbourhood or the floodwaters have risen to your door, then the time to properly prepare has already passed. While you can’t stop a natural disaster in its tracks, you can proactively arm yourself with knowledge and put measures in place to mitigate the damage and protect yourself.

Would you risk gambling your home away?

Probably not, but that might be what you’re doing and not even know it.

Where people live and how they build their homes might be placing them on a collision course with a natural disaster. Knowing about your circumstances will give you a choice in what risks and precautions you want to take.

Dr Yetta Gurtner is the coordinator of The Centre for Disaster Studies, a multidisciplinary research unit at James Cook University. She works with people across all levels of government on disaster risk reduction. Yetta says the most proactive form of protection is to know about the hazard risks and plan ahead.

“Our work involves looking at disasters that have happened, finding out what we can learn from them and then planning for the future,” Yetta says. “People need to be aware of the multiple hazards they face. It’s about having appropriate plans, including having an evacuation plan in advance. You must be prepared to protect, accommodate or retreat.”

The kind of hazards homeowners may face is largely determined by where their house is located. About 85 per cent of the Australian population live within 50km the coastline, where the effects of climate change will make these properties increasingly vulnerable.

“We will have possible increases in the incidence or intensity of cyclones and severe rain events that lead to flash flooding,” Yetta says. “There are going to be implications for people in vulnerable areas who are exposed to hazards. This raises the questions of if we should still be allowing people to build on the coastline and if the current dwellings are appropriate for an increase in storm surges.”

Letting people know about hazards might seem like a straightforward approach, but it can be detrimental to some sectors.

“There is a hesitancy to openly and actively tell people what the hazards are,” Yetta says. “On one side, we have to tell citizens for informed decision making. On the other side, real estates might not want to say that an area experiences storms, floods or surges because then prices go down.”

The possibility of more frequent and intense cyclones means homeowners need to plan ahead. Image: Shutterstock

Some councils are more proactive than others in their preparations. For example, they have prohibited the construction of buildings within a certain distance from a shoreline or require that structures are built above a minimum elevation above sea level.

“There is a focus on new houses, structures and developments because it is very difficult to retrofit solutions and it costs a lot of money,” Yetta says. “It is easy to say that we need to elevate a building but when it comes to how to pay for it and who will pay, it becomes more difficult. For some people it might seem more important to pay the mortgage than to retrofit solutions to their property in the chance of a disaster.”

Governments can intervene and buy properties in areas that are at risk of hazards. However, this raises questions about responsibility and if constituents should be footing the bill for the buyback. Yetta says when disasters occur repeatedly, some homeowners will choose to move without government intervention.

“A natural form of relocating can happen,” she says. “If you think of places like Ingham that has had regular seasonal flooding, when that happens people will often relocate of their own accord.”

For some people, the appeal of living in a certain place will outweigh concerns about facing possible disasters. Image: Shutterstock

While mitigation measures can reduce some effects, they are no guarantee of complete protection.

“We are not going to be able to mitigate all hazards,” Yetta says. “We might put in a levy that goes up to five metres, but then the area might experience flooding up to six metres. It can also be a double-edged sword because putting in some protection can give people a false sense of security.”

Even when provided with information, some people will take a gamble and choose to live in a vulnerable area.

“Some people will always want to live in a certain place,” Yetta says. “For example, they might value spending every day beside the ocean. Places like Cardwell experienced significant damage through Cyclone Larry and Cyclone Yasi, yet people still chose to rebuild there.

“It suggests that they may be playing the odds game. It’s a misnomer to say a disaster is a one in 100 year event because it does not mean that that type of event will only occur once every 100 years — it means it is a one in 100 chance (1 per cent) in any given year. People think that because they had a cyclone last year and one five years ago that there is little chance of it happening again, but that’s not true.”

No one likes to think that disaster will hit their home, but in the face of Mother Nature it’s better to be prepared than caught by surprise.

“The emphasis is really on informed risk and taking the appropriate actions early,” Yetta says. “Don’t wait for the government or the SES to remove you from a situation, have plans and make the right decisions.” 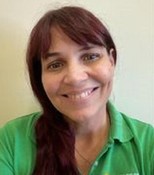 Dr Yetta Gurtner
Yetta Gurtner is a lecturer and researcher with the Centre for Disaster Studies at James Cook University, Townsville, Australia. With a multi-disciplinary background in Southeast Asian Studies, her core research interests include integrated disaster
Read profile