JCU researchers have found that providing basic sexual health education for women is a simple yet profound way to improve sexual health and address gender equality in Papua New Guinea.

Currently, there is a shortage of sexual health education services in Papua New Guinea (PNG). Senior Research Fellow, Dr Michelle Redman-MacLaren and College of Medicine and Dentistry PhD Candidate, Rachael Tommbe, have been researching the best way to respond to requests for information about sexual health they receive from PNG women. According to Michelle, education is an important tool to break down cultural and religious stigmas surrounding sexual health.

“In PNG education is everything, it provides the power of choice. What we are doing is challenging the gender norms in a way that empowers women by giving them information to safely communicate with their spouses and the community about sexual health and wellbeing.”

In 2018, the female partners of university students studying at the Pacific Adventist University (PAU) in PNG asked the researchers to provide some basic education about sexual health and wellbeing. The women want to use the information to support other women in their families and communities.

In partnership with PAU researchers, Michelle and Rachael tailored an educational training package for the women’s unique social and cultural context. Within the package, the researchers had to carefully address sensitive cultural and religious topics.

“There are very clear, culturally prescribed gender roles in PNG and there is the overlay of the Christianisation process over traditional culture,” Michelle said. “Those two things impact how sex and sexuality are spoken about.

“Accurate sexual health education is important because most of the current support is provided through Church mechanisms and informal social conversations - there are not a lot of services.”

“We are working on the Meri Lida project, which means ‘women leaders,’ because the women told us that they needed support to be leaders in their communities. The big picture of the research is to create a highly relevant training package for those women in PNG.”

Rachael and a group of PAU researchers presented the two-day training workshop to 13 women from across the Pacific Islands and PNG.

“We used Tok Pisin, our national language, and English concurrently," she said. “We covered a lot of topics in the two-day program including the roles of a women leader, gender roles, the problem-solving framework for the Meri Lida project, basic communication skills, and a basic sexual health and well-being overview.”

“We learnt that a lot do not discuss sex,” Rachael said. “Sex is not normally talked about between a married couple. Some of the women said this was the first time that they could openly talk about sex.”

“We learnt that the women didn't know much about the basics of sexual health. We had to teach them about the female anatomy and the role of sexual reproductive organs. They said that they can teach their daughters. These women had the power to communicate about what they learnt which was very positive.”

The JCU researchers aim to tailor training packages to women and men in PNG. Rachael emphasised that, the educational workshops have the power to create social and cultural change in the Pacific nation.

“In PNG, violence is a large part of a woman's sexual experience,” she said. “When it comes to sexual health, we need to be working with both women and men. We have plans for the women, and we know that there is a great need and interest in sexual health education when it comes to the men as well.”

In the future, Michelle and Rachael are looking to support the roll out of the Meri Lida workshops across the country.

“We are in the process of improving the package,” Michelle said.  “We are looking at how we can deliver and systemize the package through existing Church and health systems so that this work can reach more women.”

If you are interested in pursuing a career to improve the health and wellbeing of people and communities, consider JCU Health Studies or JCU Public Health and Tropical Medicine. 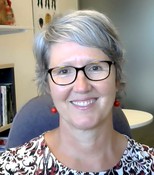