Joining forces for the future

Nobody likes to be scolded for doing what they think is the best for their families and communities.

When earnest conservationists talk about the need to save the environment in developing countries, it can cause poverty-stricken people to raise their defences. But what if instead of being on opposing sides, communities and campaigners joined forces for smarter development?

If a journey starts with a single step, then a metropolis begins with a lone road.

Once a strip is cleared in a forest and a road is formed, it becomes the backbone for further development. One road leads to another road, which leads to more traffic, then buildings, powerlines and further infrastructure.

The explosion of roads in the 21st century has had devastating effects on the environment, including increases in habitat fragmentation, poaching and illegal logging. JCU’s Distinguished Professor Bill Laurance says we should not underestimate the transformative nature of roads.

“People typically think of environmental threats as megacities, factories and coal plants, but they all begin with a road,” Bill says. “Socially, economically, environmentally — roads change everything.”

Bill is part of Global Road Map, an alliance of environmental scientists, geographers, planners and agricultural specialists who want to see better planning for roads. View their video below to discover more about how roads impact the environment and societies in developing countries.

Knowing the effects of roads is one thing; changing the way people think about them is another. At least 25 million kilometres of new roads are expected worldwide by 2050, and about 90 per cent of all road construction occurs in developing nations. Bill and his team study the effects of roads on the most biologically rich and environmentally important areas of the world — the tropical and subtropical forests. Their work spans Asia-Pacific, Africa and Latin America. If a new road is seen as a way out of poverty, how do you convince people not to build it?

“We would never say we are anti-development,” Bill says. “What we are is pro-smart development.”

Why roads are so dangerous

To promote smart development, Bill and his team investigate why a road is being built.

This involves analysing the social, economic and political forces driving the expansion of roads and other infrastructure. Bill says the team’s rounded approach and collaborative method is paying off.

“We have been very successful in engaging with governments, academic institutions, research bodies and the general public in helping to steer and inform public dialogue and debate,” he says. “We feel it is important to have an impact in the political and public realms about what’s happening and why it’s happening. Developing nations desperately need economic and social development and what needs to be considered is how to make better and smarter decisions.”

As well as acknowledging the potential benefits of roads, Bill says there needs to be awareness about possible risks. Developing nations have limited resources for building infrastructure networks, meaning that investments must have positive outcomes.

“Governments are doing a lot of investing that is not optimal,” Bill says. “The investments are not realising the greatest economic and social benefits and not minimising the risks for society, the economy or the environment. These are enormous amounts of money and projects that have enormous impacts on livelihoods and enormous implications for biodiversity.”

Global Road Map wants people to be aware that roads can have both positive and negative consequences. To find out more about ‘the whole package’ that roads bring to an area, watch the short video below.

While roads might appear to be simple pieces of infrastructure, the process of building and maintaining them is fraught with risks. Corruption might lead to money being siphoned off during construction or roads might not be built to appropriate standards, which makes maintaining them difficult.

“Roads in the wet tropics are very difficult to maintain due to high water flows during brief periods — even the best engineered roads struggle,” Bill says. “Way too much money is spent initially on road development and governments are not considering nearly enough for maintenance.”

A lack of maintenance results in these roads becoming stranded assets. “This is more the norm than the exception,” Bill says. Building roads may be a way for governments to garner support and votes, but the risk of wasted investments and potential scandals are making politicians pay attention and adopt a smart development approach.

Bill says roads are the backbone of infrastructure. Educating stakeholders to question why roads are being built and how they could be built better will lead to improved social and economic outcomes, while also minimising impacts on the environment. For Bill and his team, roads hold the key not just for environmental conservation but for the future of the human species.

“Limiting the expansion of the roads is the single most important thing,” Bill says. “This is absolutely essential in order to protect the future of the planet, its biodiversity and environmental quality and for maintaining the suitability of the planet for sustaining human lives.”

“Limiting the expansion of the roads is the single most important thing. This is absolutely essential in order to protect the future of the planet.”
JCU Distinguished Professor Bill Laurance

If you have a passion for building a brighter future for the Tropics, visit State of the Tropics. The 2017 State of the Tropics report focuses on sustainable infrastructure. To find out more about JCU Distinguished Professor Bill Laurance’s work on better planning for roads, visit Global Road Map. 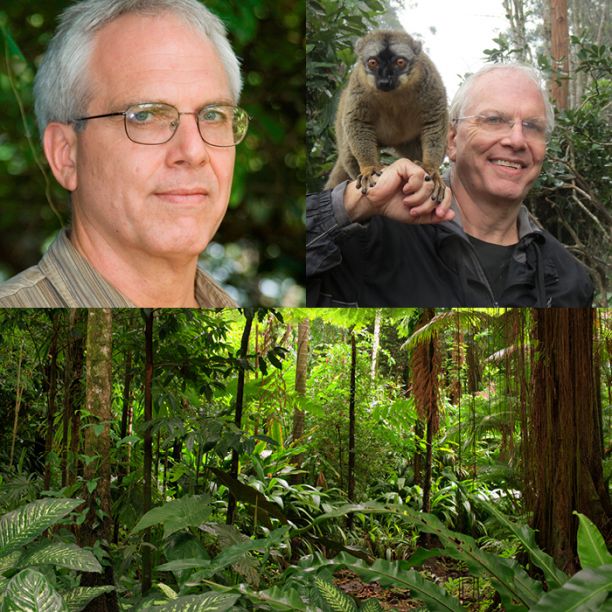 William Laurance is a Distinguished Research Professor at JCU. He holds an Australian Laureate Fellowship as well as the Prince Bernherd Chair in International Nature Conservation at Utrecht University, Netherlands.

His research focuses on the impacts of intensive land-uses such as habitat fragmentation, logging, hunting, and wildfires on tropical forests and their biodiversity. He is also interested in protected areas, climatic change, the impacts of roads and other infrastructure on biodiversity, and conservation policy.  His research over the past 35 years spans the tropical world, including the Amazon, Africa and Asia-Pacific regions.  To date, he has published eight books and over 600 scientific and popular articles.