Mental health: Are we doing enough?

The stress of balancing study, work and family commitments combined with uncertainty about the future can take its toll.

For some students, it can all become too much and the constant grind of everyday responsibilities can lead them down a dark and lonely path. University staff can also be members of the walking wounded due to increasing workloads and high stress environments. An inaugural conference at James Cook University shines a light on mental health in higher education and brings together researchers, practitioners, educators and students to find ways forward.

Caring for the mental health of university students should start well before a student first steps onto campus or logs in online.

Dr Beryl Buckby, a clinical psychologist and lecturer in undergraduate and postgraduate psychology programs at James Cook University, says fostering relationships between high school students and universities can lead to healthier and happier experiences and greater productivity. She says it is particularly important to form these connections with Aboriginal and Torres Strait Islander students before they launch into university degrees.

Beryl presented at the  Inaugural Australasian Mental Health and Higher Education Conference at JCU’s Townsville campus in 2017. She was on a plenary panel session and also produced a think piece on how universities can better bring Indigenous students to university and support them until they graduate.

“There are things we are not doing that we could be doing,” Beryl says. “Universities should be fostering relationships with all high school students, particularly Aboriginal and Torres Strait Islander students.”

Branching out into high schools would be an active form of reconciliation and make perfect sense for universities, Beryl says.

“We invite people to come to university and to have an experience on campus, while it should be us going to their place and supporting young people while they are at school,” she says. “Coming to university can create a sense of distance and a feeling of alienation that some students would not have confronted previously. We should be working with students while they are in high school and we should be doing consultation with schools.”

The short mentoring stints could not only boost students’ confidence in being able to attend university, but also establish a foundation for a healthier and more productive time when they do go on to tertiary education.

“Having a sense of knowing and feeling less alien can be very powerful for a student,” Beryl says.

“It can reduce anxiety and increase engagement, helping students to be curious and creative.”
Dr Beryl Buckby

The Inaugural Australasian Mental Health and Higher Education Conference aims to promote discussion of the nature and future of mental health issues in higher education. The 2017 conference covered a range of themes, including community links and transitions, mental health research, policy and institutional response and ways forward.

“We do have a lot of struggling people at university,” Beryl says. “We don’t always see them, but they are walking around with this burden. In the context of higher education, we know staff are under huge pressure and students’ workloads are ginormous. You put all of that together and what we’re having is poor productivity.”

Poor productivity can manifest in two ways: presenteeism and absenteeism. Beryl says presenteeism is when students are frightened about dropping out of a course, so they will attend class even when they are not functionally well or are working below their potential. Absenteeism is when students who are not coping do not attend class, which can lead to further stress due to disruptions in study or research.

“It goes to the completion of degrees and the retention of students,” Beryl says. “Students can get so far behind and the workload to catch up is overwhelming. Students can break.”

Beryl says staff at universities can also suffer poor mental health due to burning the candle at both ends.

“We’re concerned about how we look after students and how we look after our staff,” she says. “In terms of staff, it is about getting the time to be a productive person. They are under pressure to juggle research output as well as achieving excellence in teaching.”

Beryl says people can have difficulty identifying when someone is struggling and they may also have trouble understanding their circumstances. While support services are available, some students may not access them because they are afraid of being stigmatised. Others may become overtly cynical about university and disillusioned with study.

“You are in a space where you feel you are the worst person in the world and other people don’t understand,” Beryl says. “You might be worried other people will think you’re being lazy because you can’t keep up. Student equity and wellbeing programs are doing a really good job, but sometimes when a student is in a bad place they want to avoid university because they feel they will be compromised when they go there.”

“There is quite a gap around understanding mental health in the context of higher education,” Beryl says. “It is timely that we start to address some of these issues.”

Be productive at JCU 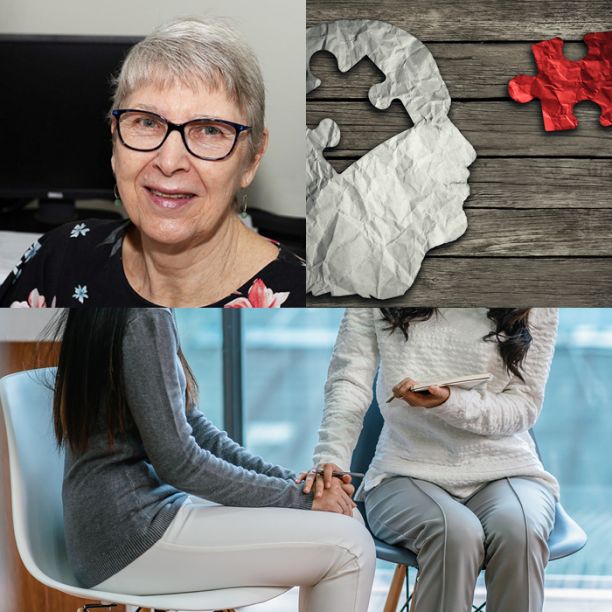