Rural, reliable and ready to be recognised

While International Day of Rural Women might be the first time some of us have considered the idea of a rural woman, JCU’s Professor Hurriyet Babacan and Dr Jennifer Gabriel have spent years learning about these women, with Hurriyet’s research being on rural women both in Australia and overseas and Jennifer’s focusing on rural women in PNG.

“Women are the backbones of families, communities, and rural areas,” Hurriyet says. “They are diverse, being made up of women who are Indigenous, women who are culturally and linguistically diverse, and from different age groups.”

Such a diverse group can be hard to define in an Australian context, especially since the term rural is a loose one. Hurriyet suggests that in line with Australian Government classifications, rural refers to non-urban locations with small populations and reduced access to services. So, if you’re in Mount Isa, Bowen, Tully, or Mareeba, you’re in a rural location – or even a region. Places like Cooktown, Weipa and Winton are more remote, but the women in remote regions fall into the category of rural women.

As for PNG, Jennifer says a large portion of women live in rural communities, with the majority involved in rural agriculture.

“Rural women in PNG have multiple roles, including the primary responsibility for ensuring the nutritional and health needs of their families,” she says. “This is in addition to the many community, social, and cultural activities they are engaged in, as well as their involvement in agriculture-related activities.”

Jennifer says most rural women in PNG are semi-subsistence farmers, meaning that these women are producing food not just for their families but for their communities by selling the surplus harvest from their own gardens.

“Women are increasingly seeking to run their own small business alongside their existing farming activities,” Jennifer says.

Engaging in entrepreneurial efforts contributes to sustainable development, which Jennifer says is critical in these rural areas.

“Limited access to financial resources and other socio-cultural constraints provide barriers for women to play a greater role in leadership and decision-making,” she says. “However, research shows that when women take on entrepreneurial roles, families are more resilient and capable of adapting to external shocks, such as drought and illness.”

“Women are central to family livelihoods and wellbeing in rural PNG.”

Jennifer says when rural women in PNG participate in sustainable development activities in ways that are meaningful to their lives and that of their families, they are maintaining social and kinship networks, creating community cohesiveness, and contributing to community empowerment.

The women of rural Australia

Hurriyet’s research in the experiences of women in rural Australia as well as overseas has found triumphs as well as hardships.

“Rural women are innovators, they adapt to change,” Hurriyet says. “They are at the forefront of ideas such as caring for the environment, climate change and food security.

“They bring diverse perspectives and look at the different levels that they can work on to bring about change. These women are strong and resilient as they bear adversities and they rise to the challenge of leadership.”

Australian rural women play many roles. They are carers, educators, connectors, communicators, volunteers, entrepreneurs. They operate in many sectors, from agriculture to health to tourism and beyond.

“Rural women are the glue that holds the community together.”

“Rural women have lower workforce participation than men,” Hurriyet says. “Young women are often discouraged from pursuing education and encouraged to take up unpaid work on farms and family businesses. Yet farm and asset ownership are often in the name of the husband and inherited by the son.

“Rural women face significant challenges of isolation, lack of recognition and support, and attitudinal barriers. They take on disproportionate shares of unpaid work and their contribution is limited by unequal access to services and resources. They also face gender discrimination in male-dominated industries, such as mining and agriculture.”

These challenges, as well as reduced access to health services, can contribute to heightened risks of mental health issues for these women. Hurriyet also says that domestic and family violence rates are high in these communities, particularly in times of distress. “Lack of transport options and access to help mean that these women are often left without escape,” she says.

Another issue that rural women face is a lack of representation.

“My research identified that rural women face challenges in representation and voice at the local level,” Hurriyet says. “At the local government elections in March this year, the results for Far North Queensland, from thirteen councils, is one female mayor and one female CEO, indicating that women are not effectively represented in formal decision-making processes.

“However, this does not mean that women are silent or have no agency. Rural woman are building strong networks and organising in their own ways.”

To support the triumphs of these women, it is necessary to also address their struggles and support efforts to close the gender gap for rural women.

In both Australia and PNG, Hurriyet and Jennifer have seen firsthand how rural women add value to their communities.

“Rural women make significant contributions and bring different perspectives than men,” Hurriyet says. “Rural women are resourceful agents who contribute to their families, their businesses, the economy, and the growth of their communities in a multitude of ways.”

“There are many women’s groups and associations that have increased in rural communities. A number of these groups are led by strong and active women leaders,” Jennifer says. “Investing in women’s leadership will assist PNG women to have more influence to advocate for improved services, such as health and education, and contribute to a transformational shift that takes their decision-making capacities from household to national level.”

As these women continue to create change in their communities that have impacts on their wider regions, it is important to not only recognise their efforts, but to support them. Through including rural women in local, political and social leadership and influence, spotlighting the vital work that they do, and supporting the efforts of the women in our own rural locales, the livelihoods and wellbeing of our communities will see greater change and improvement. Dr Jennifer Gabriel is a researcher with a track record of high-quality research outputs, project management, and securing external funding. Her current fieldwork is in Papua New Guinea, in the context of world heritage research, protected area planning, sustainable resource management, and gender equity. This involves a strong focus on cultural values and participatory community engagement.

Dr Gabriel’s current research with the UNDP in PNG involves developing an action plan for gender inclusive livelihoods. The project involves identifying women leaders and women’s associations in rural communities who are able to advocate on behalf of marginalised groups to strengthen their participation in sustainable development opportunities. 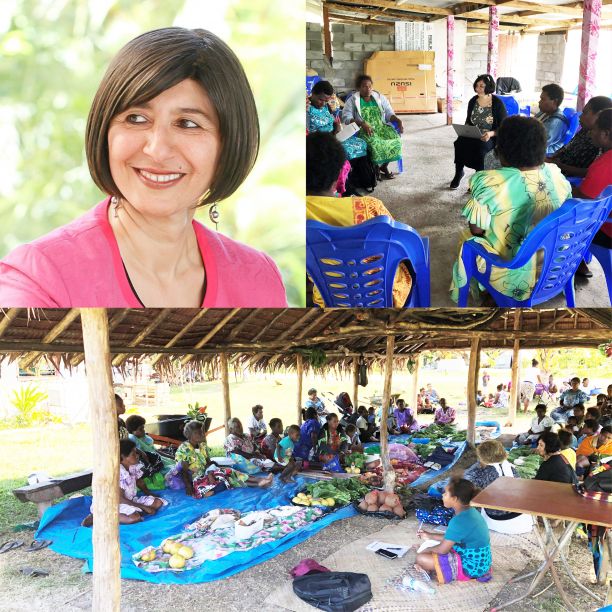 Professor Hurriyet Babacan has an extensive record of leading multidisciplinary research in Australia and the Asia Pacific. She has published widely in national and international publications relating to economic and social development, including two publications for UNESCO.
Professor Babacan has been an expert member on numerous departmental and international working parties and committees relating to women, immigration and settlement, child protection, economic development, employment and education, multiculturalism, equal opportunity, and regional development. She has held many high-level positions in research institutes, universities, and government branches.