From Townsville to Hong Kong 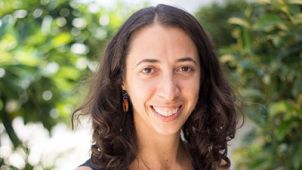 Constructing your own success

Finding a purpose in life can be difficult for a lot of people.

Choosing a degree that excites and engages you is a good start, as JCU graduate Michael Mallett points out. Michael found his motivation and passion in his first year of study. Since then he has built on his interest in design and construction to create a career that spans from the Townsville Wharf to Hong Kong.

Being a hard worker really does pay off. Michael Mallett can attest to that. Since graduating with a Bachelor of Engineering (Honours), majoring in Civil Engineering, he has kicked some serious career goals. From working on the Townsville Wharf to helping construct the massive Hong-Kong Zhuhai Macao Bridge, he’s a force to be reckoned with — and he’s not about to stop now.

Michael says that by being persistent, becoming interested in the discipline and immersing himself in his studies, he was able to make the most of the opportunities that arose.

“Our first year at JCU was a great introduction to all of the engineering disciplines. I chose Civil Engineering as my interest in design and construction meant that I gravitated to the geotechnical aspect of engineering.”

Throughout his time at JCU, Michael was inspired by his lecturers.

“I liked the way the lecturers taught the course. They made me interested. Their teaching style was great and it helped me to understand the theory. The main reason I became passionate about design and construction was my lecturers.”

In his final year of university, he worked hard to build connections within the industry.

“You do a good job and this pays off with your connections in the industry. This allows you to move up the levels, to be involved and immerse yourself in unique challenges” he says.

Networking is the key

Fresh from graduating and having made valuable industry connections, Michael got a job working on the Townsville Wharf — a project in which he could learn a vast array of skills, and a project he is immensely proud of.

He worked hard and it was through this work that he was headhunted by another company and shipped off to Hong Kong as a Site Engineer for the Hong-Kong Zhuhai Macao Bridge, a 29km bridge that connects three different regions of China.

“Townsville is a massive region, which was key to allowing me to network. Both the passion of my lecturers and the opportunities that existed allowed me to get to where I am today.”
Michael Mallett

“Sometimes it was frustrating trying to connect people from very diverse backgrounds. Encouraging them to work as a team and gel together when they occasionally didn’t want to, was a challenge.”

Now, just six years on from graduating, he has been transferred back to Australia and is living in Melbourne, working on a project that is an Australian first.

Michael says that his time at JCU was integral to his successes.

“I want to manage a large scale project, the whole thing, from start to finish. That’ll be the most satisfying.”

So, like Michael, you can also find your inspiration and calling. Just take that first step and be true to what makes you tick.