Caring for the Environment – Life on Land and Below water

The JCU Townsville campus is set in the foothills of Mt Stuart, a biodiverse, dry tropical savannah region, with riparian vine thickets.  The campus is a haven for many native wildlife species. Two major ephemeral creeks traverse the site, Wadda Mooli Creek and Goondaloo Creek, which reflect the Indigenous heritage of the site. Maintaining and enhancing the natural areas on campus is important to JCU and the Townsville Campus Natural Assets Management Plan has been developed to ensure future development is considerate of the natural areas by minimising harm to native species and ecosystems and protecting natural areas on campus.

The JCU Cairns Campus is located between the two World Heritage sites of the Wet Tropics and the Great Barrier Reef. Established on a disused cane farm, the site is nestled in the foothills of the Macalister Range. Atika Creek runs through the heart of the campus and the remnant riparian rainforest is a major feature of the campus, attracting students and staff from across Australia and Internationally. The Cairns Natural Assets Management Plan details JCU's plan to safeguard the campus environment for the future.

In 2018 a drought-tolerant garden of native xerophytic plants was established on the Bebegu Yumba Townsville campus by the TropEco team. The garden is located next to the Science Place complex and is part of the green areas of the campus open for all visitors to enjoy. This water-wise landscape garden does not require irrigation and relies on rainfall only. Native plants in the xerophytic garden, including rare plants from Queensland’s dry tropics regions, attract local birds and insects.

New plants have been introduced to the garden each year and maintenance is carried out regularly. Guided tours for public groups and JCU students and staff are run twice a year by TropEco staff and attendees are educated about water-wise gardens and landscape features.  Significant native plants include: Grevillea glossadenia and Grevillea venusta – both Vulnerable species, Lomandra multiflora and Lomandra decomposita –  blue lomanda, Asteromyrtus lysicephala and Asteromyrtus brassii. Water-conscious irrigation systems have been installed across the Bebegu Yumba campus. This has included introducing over 120 waterwise R-Van Rainbird sustainable irrigation heads, with a plan to roll out 150 more heads by 2025. Wetting agent’s, such as Flora-tech has been widely applied on campus landscape gardens to increase the effectiveness of applied water, resulting in less water demand by our plants.

In 2021 water conscious gardens and irrigation systems were established at the new Burralga yumba student accommodation, the Science place and Eddie Mabo Library and Central Plaza on the Bebegu yumba campus. This has saved the campus a considerable amount of water and have included establishing 36 endangered plant species. The gardens showcase using water saving native plants and are a popular attraction for visitors to the campus. More effective and coordinated use of mulch and bio-inoculants has also been adopted to further increase the soil health, and so decrease its water dependency further, without sacrificing botanic diversity.

In the campus revegetation nursery, the shade house overhead irrigation has been replaced by drippers. This has decreased water usage by 9.4%.

The Nguma-bada campus mostly has gardens of remnant native rainforest vegetation which does not require irrigation and relies of the high rainfall of the region. In 2021 a large composting facility was completed on the Bebegu Yumba campus. A biological inoculant is used in the groundswell to greatly increase the compost facility’s ability to breakdown organic waste into compost. Since its establishment the ground swell has converted 18 tonnes of campus green waste, food scraps, coffee grounds from campus cafes, into useful compost soil. The rich compost has then been used in the campus community garden and rehabilitation sites to enrich garden beds and establish new trees.

In 2022 a new, larger system was installed on the Townsville campus, to allow greater quantities of green waste to be processed. To allow a more streamlined production process, bio-degradable green bags are used within our campus kitchens to allow food scraps from the colleges to be added into the system.

The Nguma-bada campus also has an active organic waste collection system and composting facility in the campus community garden.

In 2021 JCU and the TropEco team have planted over 2000 trees on the Bebegu Yumba campus, in rehabilitation sites and landscape gardens. 3000 trees were planted in 2020 and a further 1500 trees have been planted in 2022. Native plants including vulnerable species have been selected to provide food, habitat and resources for native wildlife including birds, bats and possums. Additionally, plant species have been chosen for their ability to suppress invasive weed species, stabilize slopes and riverbanks and control erosion, increasing water quality in JCU’s freshwater streams.

Revegetation on the Nguma-bada campus is an ongoing process renewing unplanted areas of campus near established buildings, riparian areas and new constructions. In October 2022, 180 rainforest trees were planted on campus near the mountain bike tracks in collaboration with local community groups. 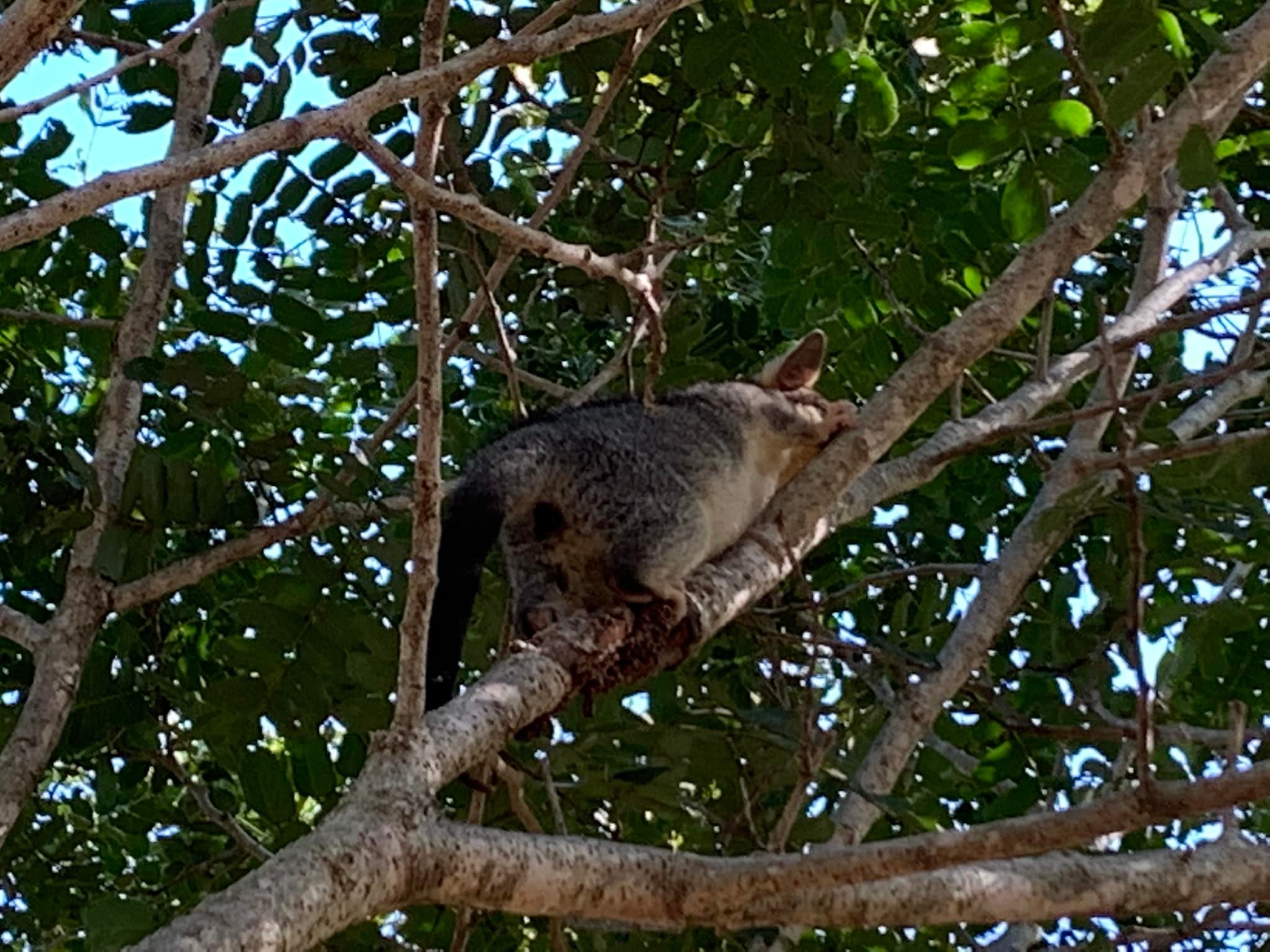 Rainfall is collected from the rooves of Cairns Institute Building and JCU Ideas Lab and collected in a 20 000L underground water tank, The tank is then used for irrigation of garden beds on the Nguma-bada campus.

Bioswales have been established on the Nguma-bada campus campus near the JCU Ideas Lab and John Grey Residential Hall to filter stormwater runoff before if enters local waterways.

JCU is moving away from a reliance on pest insect control using chemical pesticides, towards a more ecologically sustainable method, biological controls. This has been implemented over the Bebegu Yumba campus for three years, in the greenhouses and plant nurseries and continuing in landscape gardens.

On the Nguma-bada campus biological control insect species have been successfully used on a indoor vertical garden to control aphids, in a situation where it was not possible to use chemical controls without decreasing the air quality of the facility.

Each year JCU TropEco and Estate Directorate staff collaborate with Queensland Parks and Wildlife service and local contractors to control introduced plant and animal species on the campus. This collaborative work manages invasive species on JCU owned and adjacent land. Local TAFE colleges also use this opportunity to train horticulture students in weed management on the JCU campuses in a mutually beneficially collaboration.

Collaborative monitoring of the JCU campus for invasive insect species 18th March 2022 -JCU hosted the Australian Department of Agriculture, Water and the Environment staff, and Biosecurity Australia staff in collaboration with students studying a Biological Invasions subject with Associate Professor Lori Lach. The team surveys the JCU community garden for invasive insect pests damaging to agriculture crops. Monitoring traps were placed in the garden to survey insect species for a period after which they were removed. Fortunately, no pests of significance were recorded. 30 members of the Cairns community attended Spring Environmental Fest at the JCU Cairns community garden on the 23rd of September 2021. JCU postgraduate student Holly Farnan spoke to attendees about her research into Australian native bees and the challenges they are facing. Attendees also helped build insect hotels for the community garden and learned about growing fruits and vegetables in the tropics. 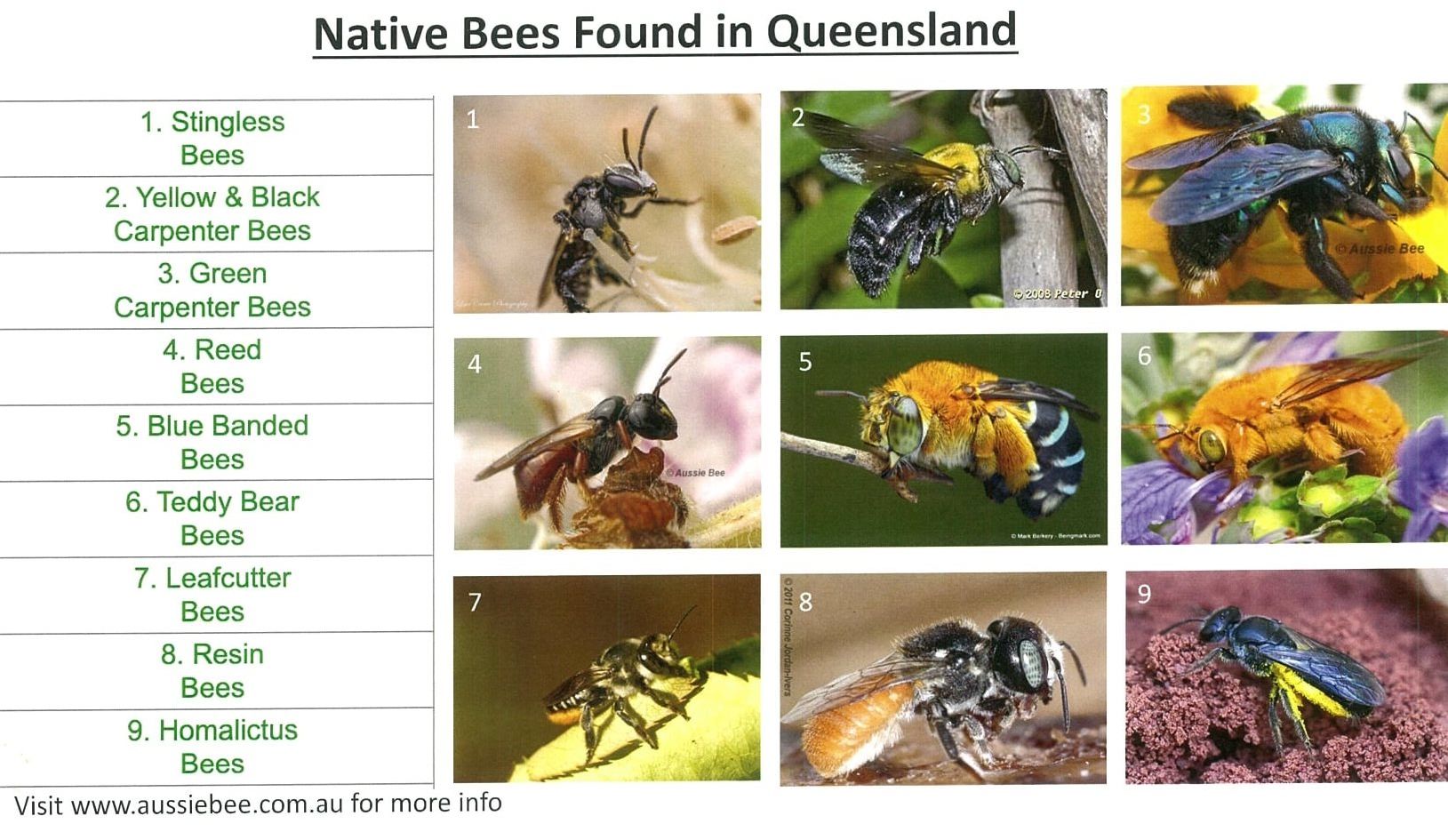 Nguma-bada campus activities Students, staff and members of the public were involved in environment and sustainability activities including learning about recycling, planting trees, tropical gardening in the community garden, campus rubbish clean ups and more.

JCU has been involved in supporting the Townsville and Cairns communities EcoFiestas for several years.

2022 Townsville Ecofiesta TropEco showcased work towards a more sustainable environment on campus, through discussing with the public its revegetation efforts, sustainable landscaping, wildlife monitoring, and waste reduction projects.   In addition to this our staff presented on sustainable ecological landscaping, presenting on not only how JCU has increased its sustainability, but also how members of the public could. 18th June 2022 Bebegu Yumba campus – National Tree Day -  a collaborative event for the JCU community and public organised by TropEco, The JCU Zoology Society and The JCU Sunshine Community Garden Club. Native trees were planted on the campus grounds and attendees learnt about what makes a successful revegetation project TropEco staff presented at the JCU Centre for Tropical Environmental and Sustainability Science (TESS) Youth seminar on JCU TropEco sustainability actions to the Cairns community as part of their 2022 seminar series. The seminar was held in National Science week and was a youth-focused environment and sustainability science forum.

2020 JCU Orpheus Island Research Station Flora and Fauna report – TropEco and Australian Tropical Herbarium staff survey the island, preparing a biodiverse species list and identifying rare and threatened species. Over 5 tones of weed plants have been removed from the island by TropEco volunteers. 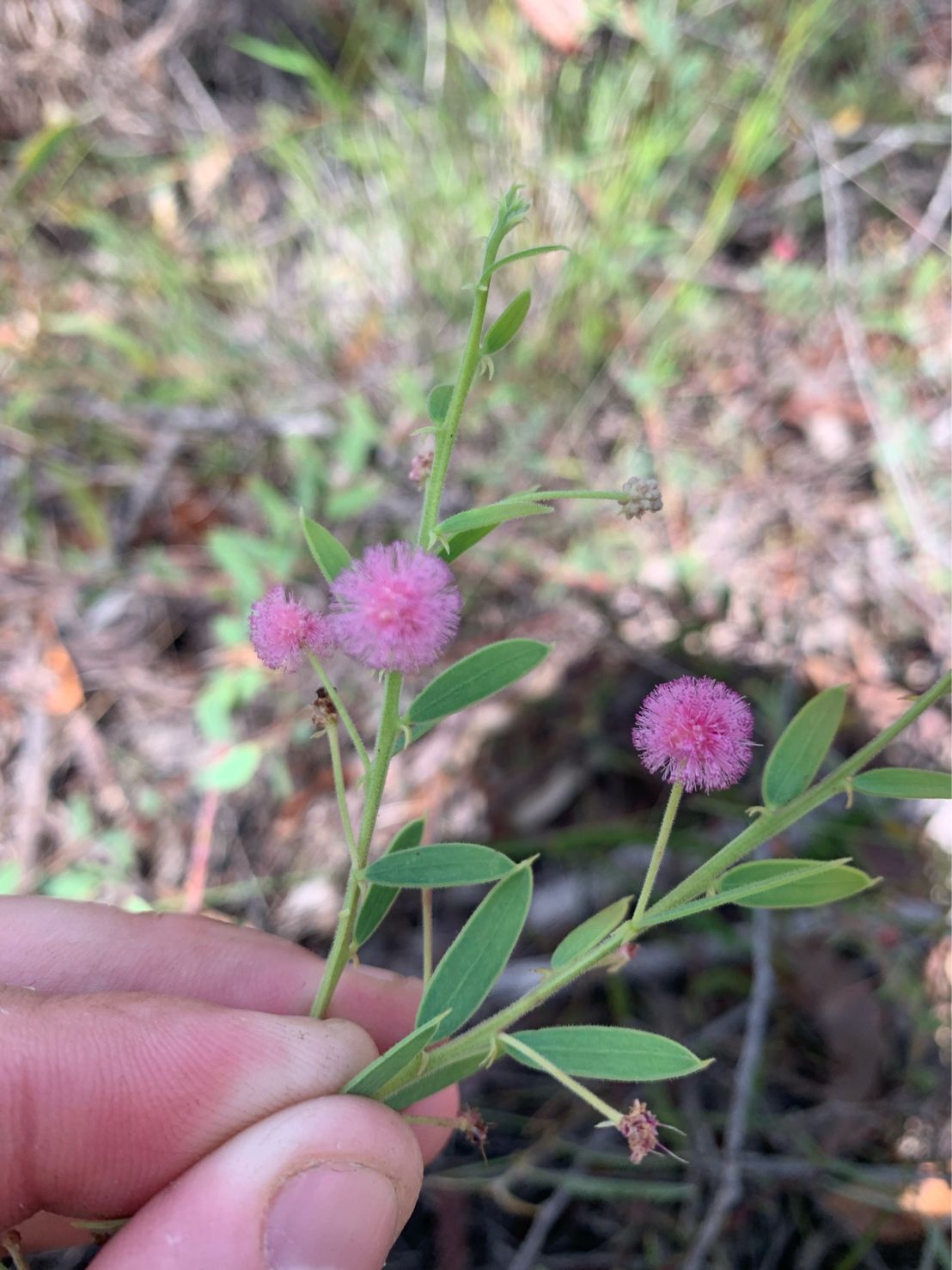 Myrtle rust is a plant disease caused by fungal pathogen Austropuccinia psidii, the signs are typically a rusty golden coat on the leaves of the host. The pathogen is restricted to members of the Myrtaceae family and is believed to have been introduced from South America in 2010. The JCU Myrtle Rust Initiative aims to develop an on-campus conservation ark for species most at risk.

The project involves ex-situ conservation of wild collected at-risk Myrtaceae from Mackay to Bamaga, some of which were already recognized as Endangered before the rust’s presence. The program is run through the Estate Directorate, in collaboration with Government and conservation bodies, and is an open teaching program for students and staff at JCU. To date over 100 clones across over 70 species have been collected, with the end goal being 100 species and over 500 clones. 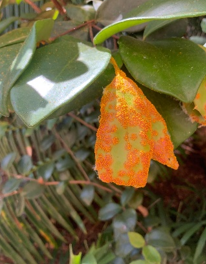 JCU has planted over 2000 plants in the riparian area along Goondaloo Creek since 2021, removed over 100 invasive trees, and aims to continue restorative works on the creek to maintain this freshwater ecosystem. This creek is a blend of vine thicket and dry rainforest, and species that fit these unique ecosystem have been collected and grown on for revegetation. TropEco monitors its campuses and research stations for native wildlife throughout the year. Wildlife cameras are used to record species occurring on campus including rare and threatened species. For a full list of plants and animals found on campus please see Discover Nature at JCU prepared by the College of Science and Engineering. Caring for wildlife nesting or resting

JCU tropical campuses are inhabited by a wide variety of animals, and JCU staff take great care to help humans and wildlife coexist safely. Native pythons occasionally need to rest in public spaces after consuming a large meal, and staff erect bunting and signage around the resting snake to alert pedestrians and give the snake necessary space. Ground nesting birds such as Bush stone-curlews and Masked Lapwings also present a challenge to protect so signage is erected around nesting sites to protect nesting birds, eggs and chicks. 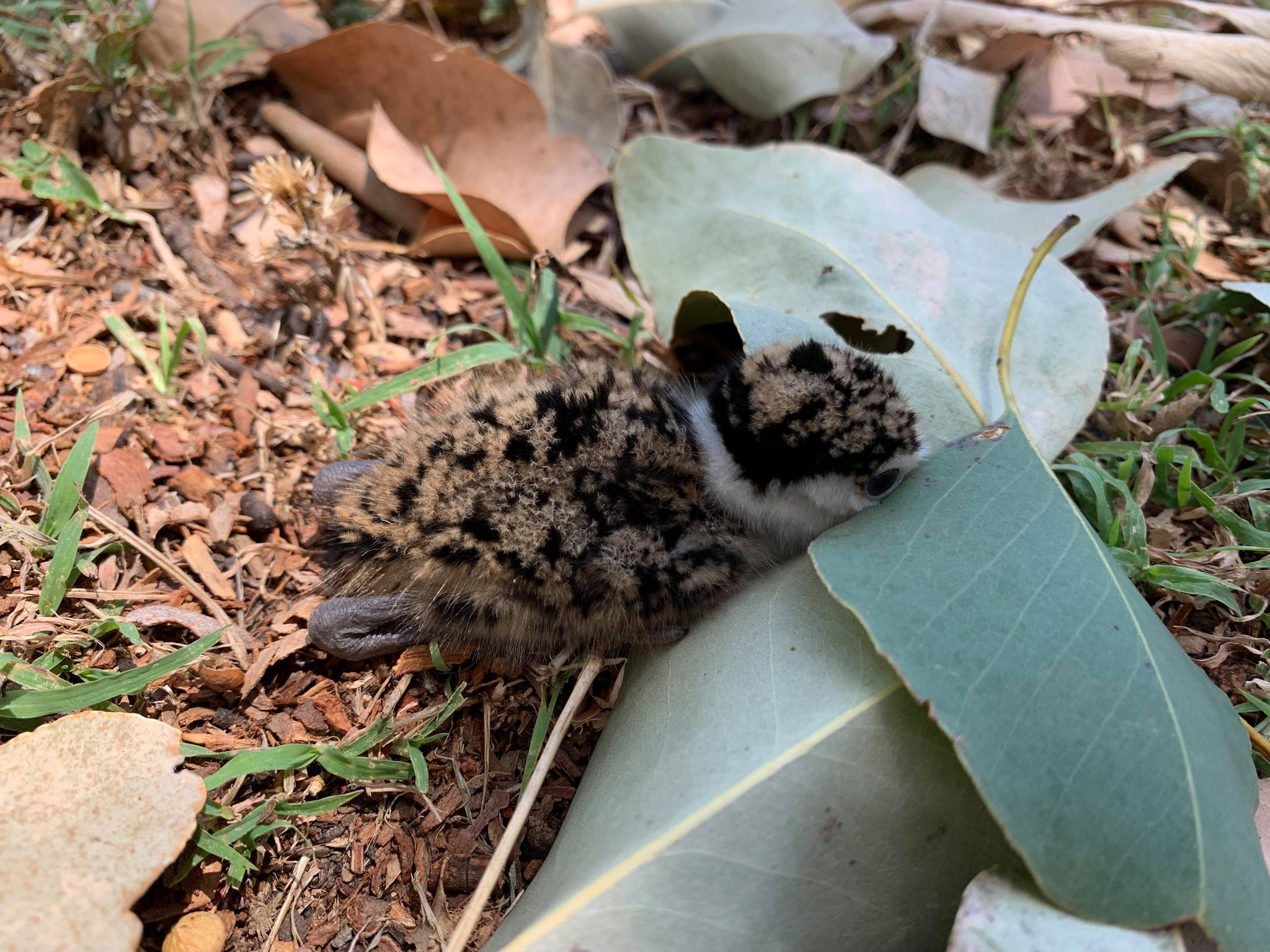 Gonndaloo and Wadda-mooli creeks on the Bebegu Yumba campus have been surveyed biannually since 2018, in January and April each year. Freshwater biodiversity is surveyed, and water quality assessed to monitor pH and nitrites. Fish, reptile, amphibian and crustacea, insect and aquatic plant species are recorded, and invasive species including cane toad eggs are removed. The Townsville campus has installed several Fish Ladders to ensure the uninterrupted passage of native fish to their spawning grounds during the wet season.  Each year the fish ladders are monitored for effectiveness and maintenance.

Additionally, water berms have been installed in campus creeks to slow flow, assisting migratory species in their journey, as well as decreasing bank erosion.