James Cook University is celebrating following the announcement that a member of staff has been awarded one of Australia’s most prestigious research fellowships.

James Cook University is celebrating following the announcement that a member of staff has been awarded one of Australia’s most prestigious research fellowships.

Professor Michael Bird said he is deeply honoured to receive an Australian Laureate Fellowship, and feels privileged to join the three other Laureate Fellows already working at JCU.

“As Australia’s leading regional university, JCU is now in an even stronger position to drive research in support of the national agenda to sustainably develop northern Australia into the future.”

The five year, $2.6 million dollar fellowship will allow Professor Bird to study environmental changes in Australia before, during and after the arrival of humans. 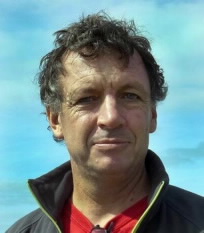 "We are immensely proud of Professor Bird and the other three members of staff who have previously been awarded Laureate Fellowships, for the recognition that this bestows," Professor Cocklin said.

Once more, JCU has punched above its weight. It’s ranked 8th on the number of Laureate Fellowships awarded, putting it ahead of larger institutions including one Group of Eight university.

“JCU is highly regarded for achievement in research and the award of a fourth Laureate Fellowship is further testimony to our strength,” Professor Cocklin noted.

“We are the only university outside the capital cities to have been awarded as many Laureates and indeed JCU is amongst the top eight universities in the country in terms of the number awarded."

“I want to tackle one of the fundamental questions in Australian prehistory and ecology - what has been the effect of 50,000 years of human presence on the northern Australian environment we see today?”

He said the lakes could have been accumulating sediment for the past 100,000 years or longer.

“The sediments in the lakes represent time capsules that will allow us to reconstruct past environments in northern Australia in unprecedented detail, using new chemical techniques pioneered at JCU.”