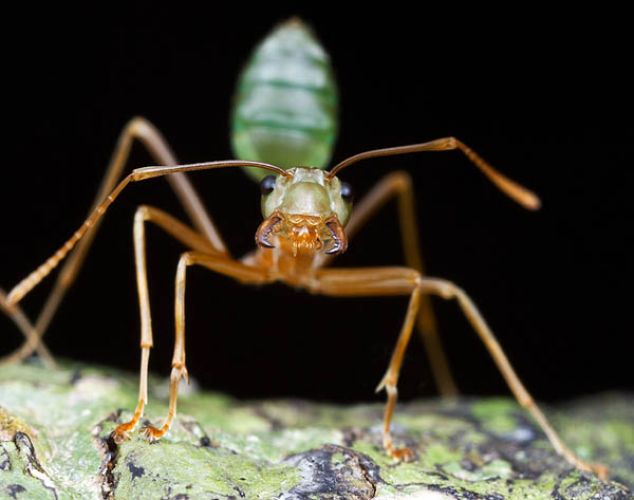 The weaver ants’ colonies can contain over one hundred nests and more than half a million ants. The bigger ants, known as major workers, have a length of 8 to 10 millimetres; minor workers are half that size. The aggressive major workers act as soldiers and foragers, and expand the colony. The more placid minor workers care for larvae.

The scientists modified levels of the neurotransmitter, octopamine within the larger and smaller ants’ brains while keeping every other factor constant, in order to demonstrate a causal relationship between brain chemistry and behaviour.

Amazingly, the researchers also dissected ant brains to confirm the relationship between octopamine and aggression. It helps “not to drink a lot of coffee” before these fine-scale dissections, said Professor Robson.

He said the neurotransmitter octopamine was one of five chemicals originally suspected of playing a role in ant aggressiveness and its central role had now been confirmed.

“The unique ants of tropical Australia represent a valuable study system and it’s not surprising that researchers from the US would come here to study them.  The need to understand the modulation of aggression seems to be growing, and this research helps us understand how such behaviours evolve and are regulated in a variety of biological systems.”

Link: To paper and pics - http://bit.ly/1SQFsYV

Note: Pictures supplied for one time use with this release only, not available for archiving or re-use.