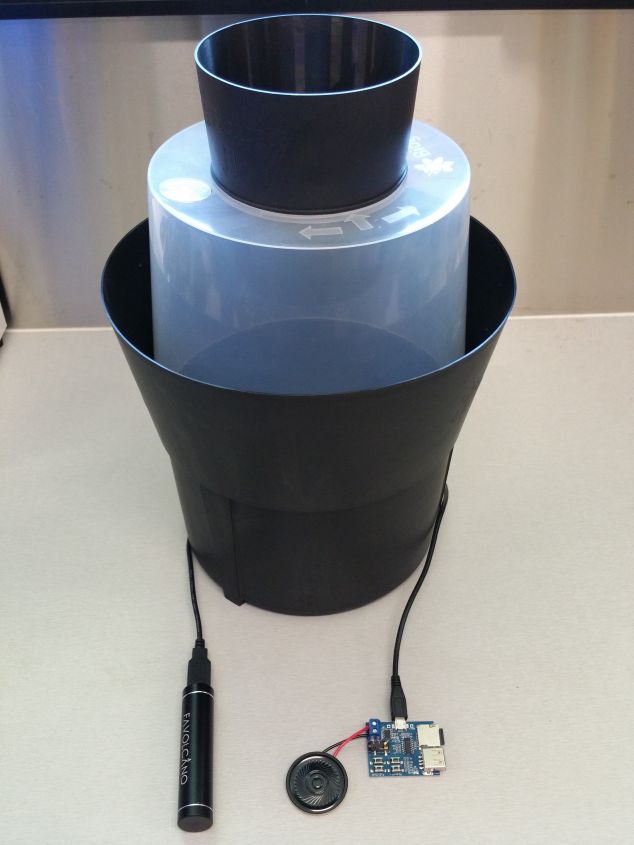 They found a tone of precisely 484 Hertz, the frequency of a female Aedes aegypti’s wings, brought 95 per cent of male mosquitoes to the trap.

Mr Johnson said the device cost around $20 and could be run by itself for weeks. “We started with a cheap mobile phone and moved to an even cheaper MP3 player. There are no harmonics, it’s a pure tone and very simple to produce.”

The effectiveness of the audio lure is easy to see: when it’s switched on, mosquitoes flock to the device, and fly away as soon as it’s turned off, as can be seen in the video (link below).

The invention of the audio trap is timely: male mosquitoes do not bite, but new anti-mosquito strategies involve capturing and sterilising them before releasing them to breed unsuccessfully with females.

“There are a number of projects underway,” said Mr Johnson. “They required capturing and releasing tens of thousands of male mosquitoes, but most traps are aimed at capturing females.”

He said there was no chance of eliminating mosquito populations by trapping males alone, as only a few needed to survive to continue the breeding cycle.

he scientists also found that female mosquitoes were completely oblivious to the sound of male wing beats. “There’s no real need for females to respond to male overtures,” said Mr Johnson.

The team is now optimising the trap for field use and coordinating with trap manufacturers to add the feature to their products.