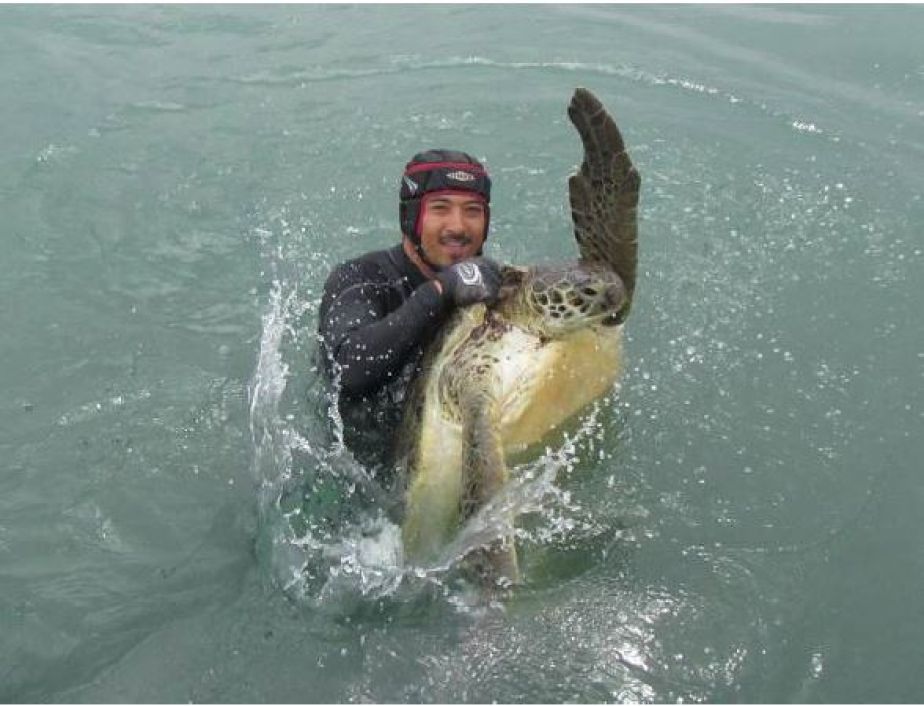 James Cook University marine scientists are calling for an extension of go-slow zones in turtle habitats to reduce boat strikes on the threatened creatures.

JCU’s Dr Takahiro Shimada was part of a joint team from JCU and the Department of Environment and Heritage Protection that created and implemented the study. They tracked 18 green and 20 loggerhead turtles, in some cases for more than two-and-a-half years.

He said the team concentrated on the Moreton Bay area of Brisbane, as this is where most turtle strikes happen in Queensland. Dr Shimada said that many shallow and all deeper areas in the bay are not go- slow zones.

“At the time the regulations were brought into effect, it wasn’t possible to track turtle habitats as accurately as we can now. So we set out to document where the turtles actually are,” he said.

The scientists found the turtles they tracked were present throughout the bay, and stayed mostly in water less than five metres deep.

He said turtles are at risk when they surface to breathe, rest or when basking at or near the surface. They can also be struck when there is not enough depth for a hull or motor to pass over them safely. Dr Shimada said the animals were not agile enough to get out of the way of a fast-approaching vessel.

“We know that reducing the speed of boats significantly decreases the risk of collisions with turtles and dugongs and other air breathing animals,” he said.

Dr Shimada said that if all shallow zones in Moreton Bay were designated as go-slow zones, nearly half or more of the turtle habitats could be protected.

“If we did that and added a small buffer zone from shallow water extending into deeper water, up to 95 percent of the habitat would be covered.”

Dr Shimada said the team were very mindful that human recreational and commercial use of Moreton Bay was valuable and that it was inevitable that compromises would have to be made.

“Effective management for recovery of a population doesn’t necessarily require the elimination of a particular source of mortality but rather that the mortality is low enough to allow the population to recover. Management agencies will need to balance the needs for reducing boat strikes with the use of the resource by the community,” he said.