Remote cave reveals earliest Australians lived on the coast around 50,000 years ago 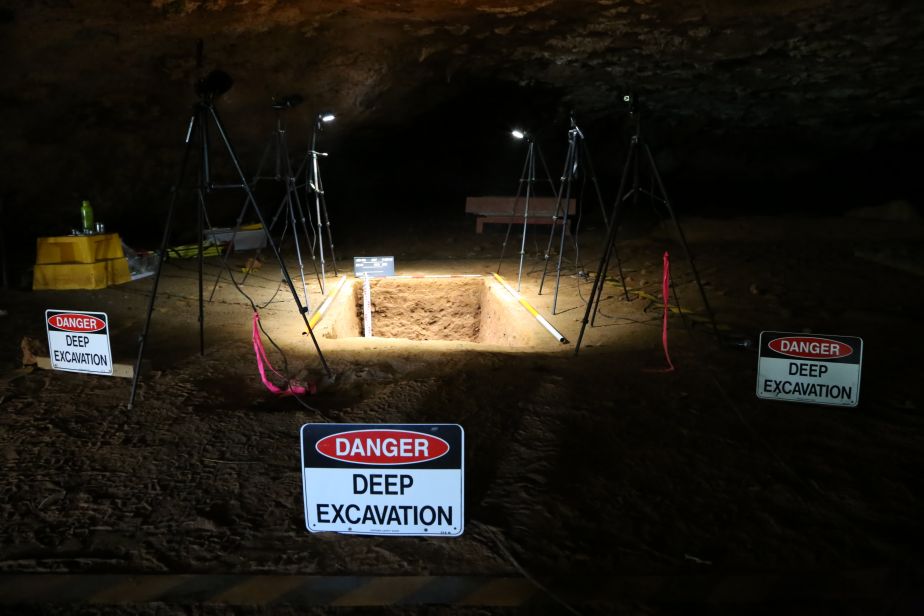 A team of international archaeologists say evidence from a remote cave off Australia’s northwest coast pushes back dates for human occupation of Australia’s coastal zone to around 50,000 years ago.

The discovery provides the earliest direct dates for Aboriginal use of marine resources in Australia.

James Cook University’s Professor Sean Ulm, a specialist in coastal archaeology, worked on refining the radiocarbon dating of the site.

“We know that the earliest Australians were seafarers as they came to Australia by boat. But until now we have known very little about these first coastal peoples. This new discovery, with its extraordinary preservation of archaeological remains, gives us with a glimpse of the lives of the people who lived on the coast in the distant past,” Professor Ulm said.

Lead archaeologist Professor Peter Veth, from The University of Western Australia, said “This site contains cultural materials clearly associated with dates in the order of 50,000 years.”

The team focused on Barrow Island, which provides a unique window into the now-drowned North-West Shelf of Australia.  Barrow Island is a large limestone island located 60 km off the Pilbara coast of Western Australia.

“The cave was used predominately as a hunting shelter between about 50,000 and 30,000 years ago before becoming a residential base for family groups after 10,000 years ago. It was abandoned by about 7,000 years ago when rising sea levels finally cut it off from the mainland,” he said.

Professor Ulm said that “the cave provided us with profound new insights into what people were doing on the coast in the earliest periods of colonisation of the continent and how they adapted to a new and ever changing arid landscape.”

Link to images and video here.