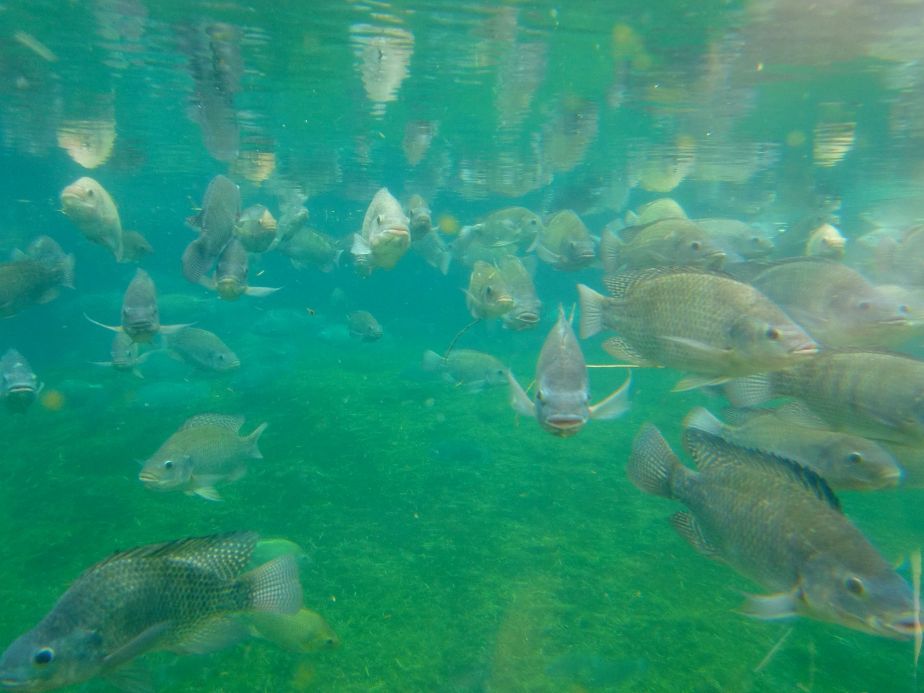 Shrimp help keep fish clean – and scientists have identified the ‘cleaner shrimp’ with the most talent for reducing parasites and chemical use in farmed fish.

Fish and cleaner shrimp in the wild have a symbiotic relationship, with the fish lining up at shrimp ‘cleaning stations’ to have the shrimp comb them for parasites.

Now, after a multi-year search, JCU scientists have nominated the peppermint shrimp as the best variety to take forward to commercial trials.

The team were looking for a natural alternative to chemicals for cleaning parasites off farmed fish. Four shrimp species were tested against each other in a set of experiments to see which one would be the best for potential commercial application.

The peppermint shrimp out-performed all the rest, reducing infection by 87% by feeding on the eggs of the parasite that entangle on the fish cage netting that fish are kept in.

Mr Vaughan said the study was the first to examine the relative effectiveness of any shrimp as a biocontrol agent in reducing parasites on farmed fish.

“Biocontrols are live animals that are used to control a pest organism, such as the parasites in aquaculture. Cleaner fishes such as wrasses and lumpfish are used in Europe to remove salmon lice, but there is no comparable cleaner currently used in tropical marine aquaculture. Our study shows that these shrimp are a viable candidate.”

Parasitic diseases account for between 30 and 50 percent of annual stock losses in some aquaculture industries in Asia, the world’s largest aquaculture producing region.

Antibiotics and other chemicals are used to combat the losses, but there are concerns about the sustainability of this practice, as some parasites can become resistant to chemical treatments.

“This means the fish and the shrimp don’t necessarily always have to be in direct contact, which reduces the chances of them being eaten by the fish. The peppermint shrimp can be bred commercially in large numbers and is found naturally across the Asia-Pacific region where much of tropical marine aquaculture originates.”

Mr Vaughan said it was an exciting area to work in as biocontrol use in marine environments is in its infancy and many areas remained underexplored.

The next step is to upscale the trial in the field at an aquaculture farm.