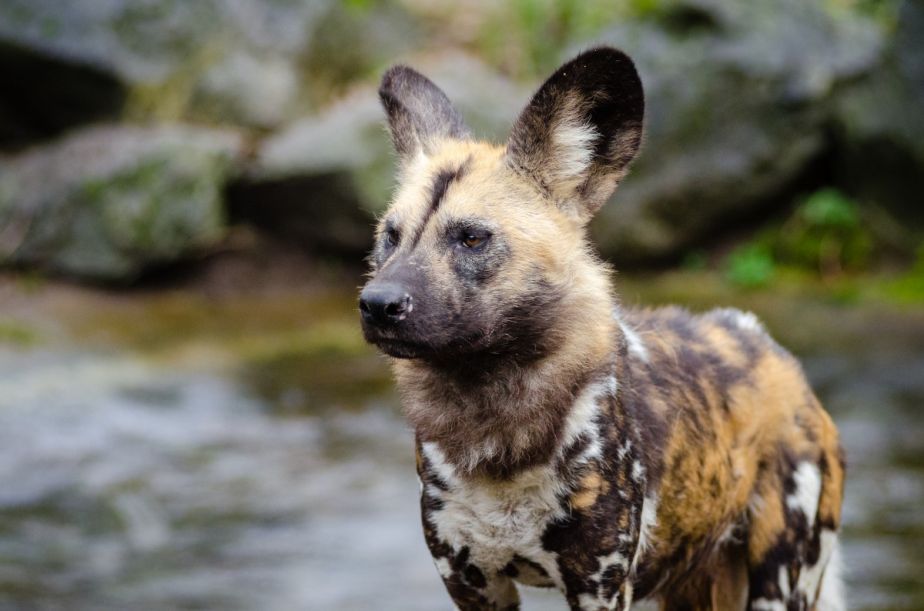 The species (Lycaon pictus) is highly endangered, with a complex pack hierarchy in which subordinate animals usually do not breed but help rear pups of the dominant pair.

“That’s a problem when it comes to saving a species, because we want to maximise genetic diversity,” James Cook University researcher Dr Damien Paris said.

Until now, it was unclear whether subordinate males were subfertile (not usually successful in conceiving) or simply prevented from mating with the alpha female.

Dr Paris, Professor Zoltan Sarnyai and PhD student Dr Femke Van den Berghe, from JCU’s GAME Lab, compared the reproductive condition and quality of sperm between 28 dominant and subordinate males across eight different captive packs in the US and Namibia.

“From these results, we conclude that suppression of reproduction in subordinate males is caused by the dominant male guarding the alpha female, not by subfertility,” Dr Paris said.

The researchers have recently developed a successful sperm freezing technique for the species which, coupled with artificial insemination and a broader range of sperm donors, could introduce 'new blood' into existing packs of dogs, without disrupting their social hierarchy.

“The good news is that males of all social ranks produce semen of similar quality, making them suitable candidates for sperm banking during the breeding season when sperm quality improves. This is critical to maximize the preservation of genetic diversity from as many of these endangered animals as possible,” said Dr Van den Berghe.

The work, funded by the Morris Animal Foundation, received the inaugural Companion Animal, Non-Domestic and Endangered Species trainee travel award at the International Embryo Technology Society Conference (Thailand) and has just been published in the scientific journal Reproduction, Fertility and Development (doi.org/10.1071/RD18205).

The researchers hope to expand their work to collect and freeze sperm from free-ranging wild dogs in Southern Africa. This could be used to inseminate females in fragmented captive and wild populations, thereby increasing genetic diversity and fitness in offspring.

To learn more about this work contact Dr Paris here.

Sub-editors please note: Dr Van den Berghe is currently a PhD student, but has previously earned a Doctor of Veterinary Medicine Degree, (DVM), so is entitled to use the title ‘Dr’.