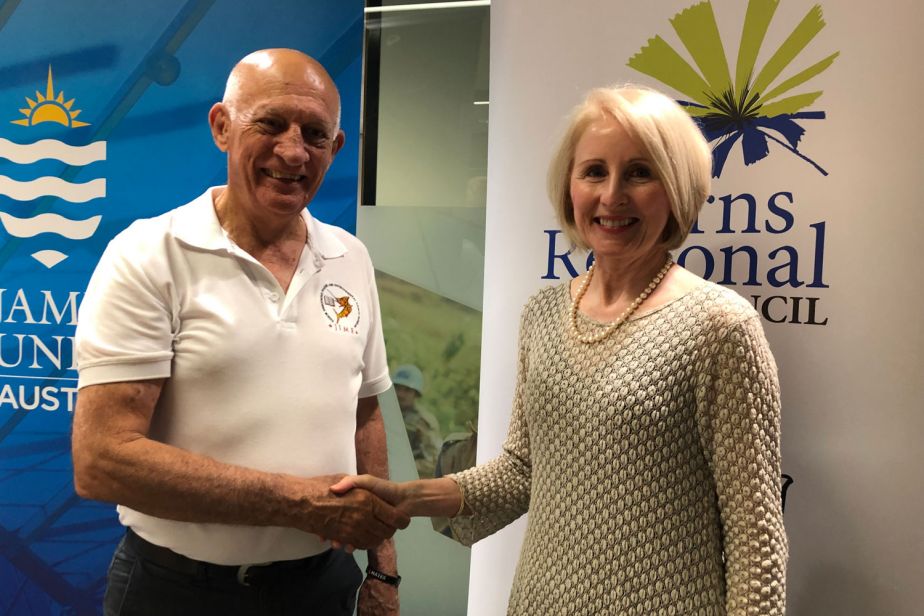 James Cook University (JCU) and Cairns Regional Council have reaffirmed their commitment to work together on innovative solutions and opportunities for the city with the signing of a new Memorandum of Understanding (MOU).

Cairns Mayor Bob Manning and JCU Vice Chancellor Sandra Harding will sign the five-year MOU and tour the site of the $30-million Cairns Innovation Centre, which is taking shape on JCU’s Smithfield campus.

The new MOU cements the relationship between the two organisations, building on the outcomes of the first five-year agreement signed in 2014.

“Innovation is at the heart of several collaborative projects that JCU and the Council have been working on. We are bringing together big thinkers and creative ideas from industry, government and education for a more sustainable future at events like the Full Circle hackathon and Collaborate forums in Cairns later this month,” said Professor Harding.

“The MOU between JCU and the Cairns Regional Council formally acknowledges our longstanding relationship, which supports both organisations to create educational, intellectual, social, economic and environmental benefits for the Cairns community.”

Cairns Mayor Bob Manning said the partnership delved into areas that touched on almost every aspect of life in the region.

“So far we’ve run community forums to promote liveability and smart urban design, conducted research that looks at improving outcomes for families and youth in Cairns’s southern suburbs, and collaborated on the fantastic light-based art installations that were part of Cairns Festival,” Cr Manning said.

“The first five years of this MOU have really shown how working together can have wide ranging benefits for the community and our region, and I’m sure the next stage of our shared journey will continue to deliver.”

Award-winning innovation projects are among the list of current collaborations. The Smart Catchment: Saltwater Creek project recently won a Program Innovation Award for its use of smart sensors, cameras and a gauging station to monitor the quality of water flowing through one of Cairns’ major urban catchment.

“We look forward to continuing and growing our collaboration, and discussing ways in which we can contribute further to the Cairns 2050 Shared Vision.”

“With a long history in north Queensland, Watpac has engaged the region’s supply chain to deliver JCU’s newest facility and is on track to complete the Cairns Innovation Centre in mid-2020,” said Mr Glancy.