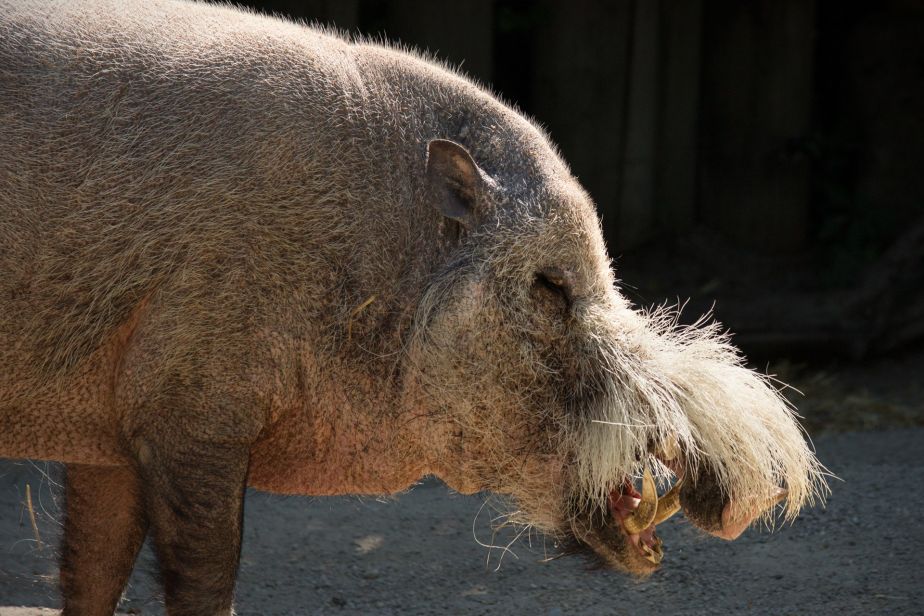 The bearded pig's migration routes will be cut off if new roads are driven through Borneo's forests. Image: Andreas Krappweis.

Malaysia’s plans to create a Pan-Borneo Highway will severely degrade one of the world’s most environmentally imperilled regions, says a research team from Australia and Malaysia.

“This network of highways will cut through some of the last expanses of intact forest in Borneo, greatly increasing pressures from loggers, poachers, farmers and oil-palm plantations,” said Professor Bill Laurance, project leader from James Cook University in Australia.

“This would be a nightmare for endangered species such as the Bornean orangutan, clouded leopard and dwarf elephant,” said Professor Laurance.

The study focused on new planned highways in the Malaysian state of Sabah, in the north of Borneo, the world’s third-largest island.

“Some of the planned highways are relatively benign, but several are flat-out dangerous,” said Dr Sean Sloan, lead author of the study and also from James Cook University. “The worst roads, in southern Sabah, would chop up and isolate Sabah’s forests from the rest of those in Borneo.”

“Slicing up the forests is toxic for large animals, such as elephants, bearded pigs and sloth bears, that must migrate seasonally to find enough food or otherwise face starvation,” said Professor Laurance.

The new roads would also bisect protected areas in northern Borneo, making them vulnerable to illegal poachers and encroachers, say the researchers.

“Borneo already has many ‘empty forests’ as a result of severe poaching,” said co-author Dr Mohammed Alamgir from James Cook University. “The poachers follow the roads into forests and then use snares and automatic rifles to kill the larger animals.”

Road planners in Sabah have suggested that wildlife could use bridge-underpasses beneath roads to move and migrate, but the research team says this is unrealistic.

“When you build a new road you typically get a lot of forest destruction and fires, along with poaching, and that means vulnerable wildlife will largely avoid the area,” said Dr Alamgir.

“Relying on underpasses to reduce road impacts is like trying to treat cancer with a band-aid,” he said.

“This is the opposite of sustainable development,” said Professor Laurance. “Clearly, several of the planned roads would be like plunging a dagger into the heart of Borneo’s endangered forests and wildlife.”