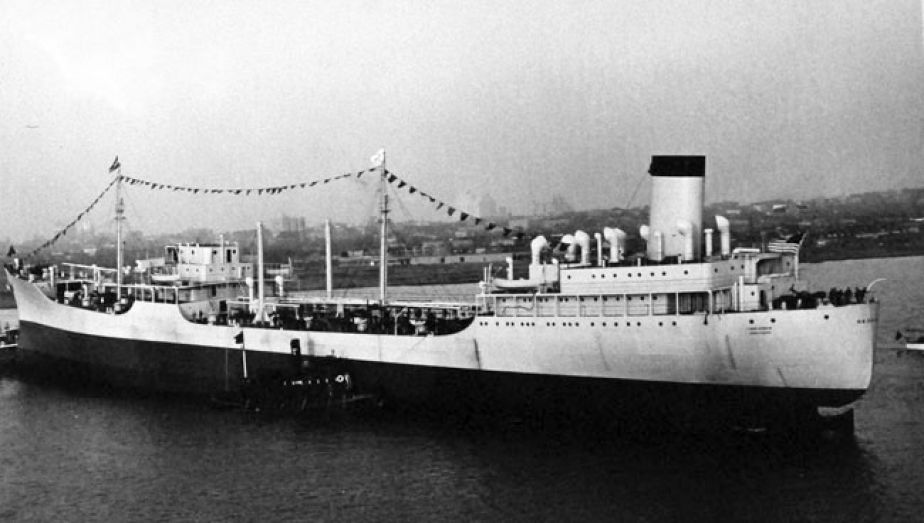 A James Cook University scientist believes his team may have found the wreck of a US warship sunk defending Australia more than 77 years ago during WWII.

JCU marine geologist Dr Robin Beaman led a mapping team based on the CSIRO’s research vessel Investigator. He said they were looking for the USS Neosho, a ship sunk in 1942 as the US Navy and Australian warships tried to stop the Japanese advance toward Australia at the Battle of the Coral Sea.

Dr Beaman said the Neosho, a supply ship that refuelled and reprovisioned other ships in the fleet, was hit seven times and struck by a Japanese aircraft.  Of the crew, some 180 died and 123 were rescued before allied forces finished off the crippled ship to keep it out of enemy hands.

“The wreck of the Neosho had never been found before. Our aim was to find and map what is an important war grave from the battle that quite arguably saved Australia during a critical period in May 1942,” said Dr Beaman.

The team conducted a multibeam sonar survey over the last reported position of the Neosho and found what they believe to be the ship in water almost three kilometres deep - the sonar producing scattered 3D depth soundings and bright reflectance pixels over the target.

Dr Beaman said the research was made possible by a grant of sea time on the Investigator from the CSIRO Marine National Facility and enabled the deepest search for a wreck the Investigator had ever made. The deepwater wrecks survey, which took about 12 hours, was conducted as part of a 28-day research voyage in the Coral Sea led by the University of Tasmania.

“We found the likely resting place of the Neosho not too far from the aircraft carrier USS Lexington, which was sunk during the same battle and only discovered last year,” he said.

Dr Beaman said absolute confirmation of discovery of the Neosho cannot be given until an underwater vehicle with a deepwater camera is sent down to take a look. But he said the team are almost certain it’s the right ship.

“We’re almost sure it’s the Neosho because the sea floor was quite smooth and covered in sediment, with no other significant geological features present. Also, near the reported sinking location, we saw a cluster of bright pixels produced by the multibeam sonar. The scattered depth soundings over the largest target revealed a roughly elongate shape with dimensions close to the size of the Neosho, around 160 metres long,” said Dr Beaman.

He said the possible discovery of the Neosho contributes to an important part of Australian and US military and naval history.  Future research will now focus on the archaeological and associated environmental assessment of the site, conducted by co-principal investigator on the project Andrew Viduka, from the Australian Historic Shipwrecks Program at the Department of the Environment and Energy.

As per request of the US Naval History and Heritage Command, the exact geographic position of the Lexington and Neosho will not be made public.

Link to WWII images of the Neosho.