The secret life of Box jellyfish 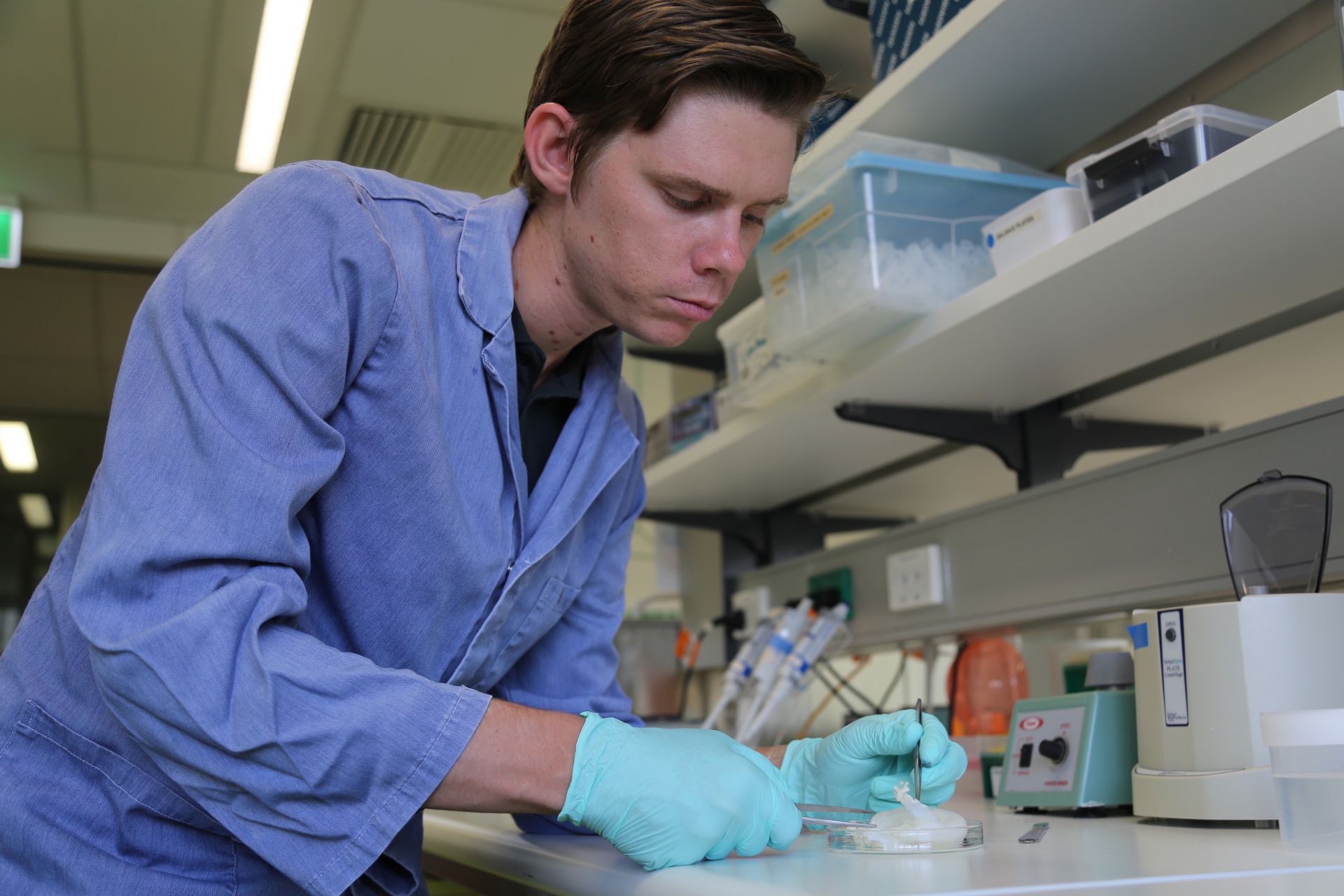 A James Cook University PhD student is on a mission to find exactly where one of the world’s most venomous creatures spends its winter.

Scott Morrissey is using environmental DNA (eDNA) to help locate previously unknown habitats occupied by young Box jellyfish in the polyp stage of their lifecycle in order to better understand the movements of the species.

“As an animal moves around in the ocean, it sheds skin cells, mucus and saliva. All of that contains fragments of its DNA and that’s what we call eDNA,” Mr Morrissey said.

“In summer, you have the medusa, which is the sexual stage of the Box jellyfish. Its main goal is to reproduce. But the polyp stage is the dominant, long-lived stage of the animal and that’s what they are in winter. When conditions are right, they’ll pop off the substrate and grow into the stinging medusa stage.”

Mr Morrissey, who is also a part of the ARC Centre of Excellence for Coral Reef Studies, said he was in the process of analysing eDNA samples, collected from coastal and estuarine areas such as Horseshoe Bay at Magnetic Island, for traces of Box jellyfish DNA.

“I can use these genetic tags that I’ve developed, which are specific to a single species, to help me search through the eDNA I’ve collected to look for a match,” he said.

“By simply taking a water sample, we can tell whether the species is there or not, making it easier to detect them.”

Mr Morrissey said the movements and numbers of jellyfish expected to inhabit the coastline during this stinger season is currently difficult to predict, but his research aimed to eventually change that.

“We’re hoping we can use eDNA to work out where they’re hiding, which would really swing open the door on polyp research and allow us to understand their populations and potentially predict whether the jellyfish season will be big or small,” he said.

“If we know where the polyps are, we can go to those spots just before the stinger season starts and have a look to see if medusae are appearing yet, and we can use that as an early warning indicator to get prepared for the stinger season.”