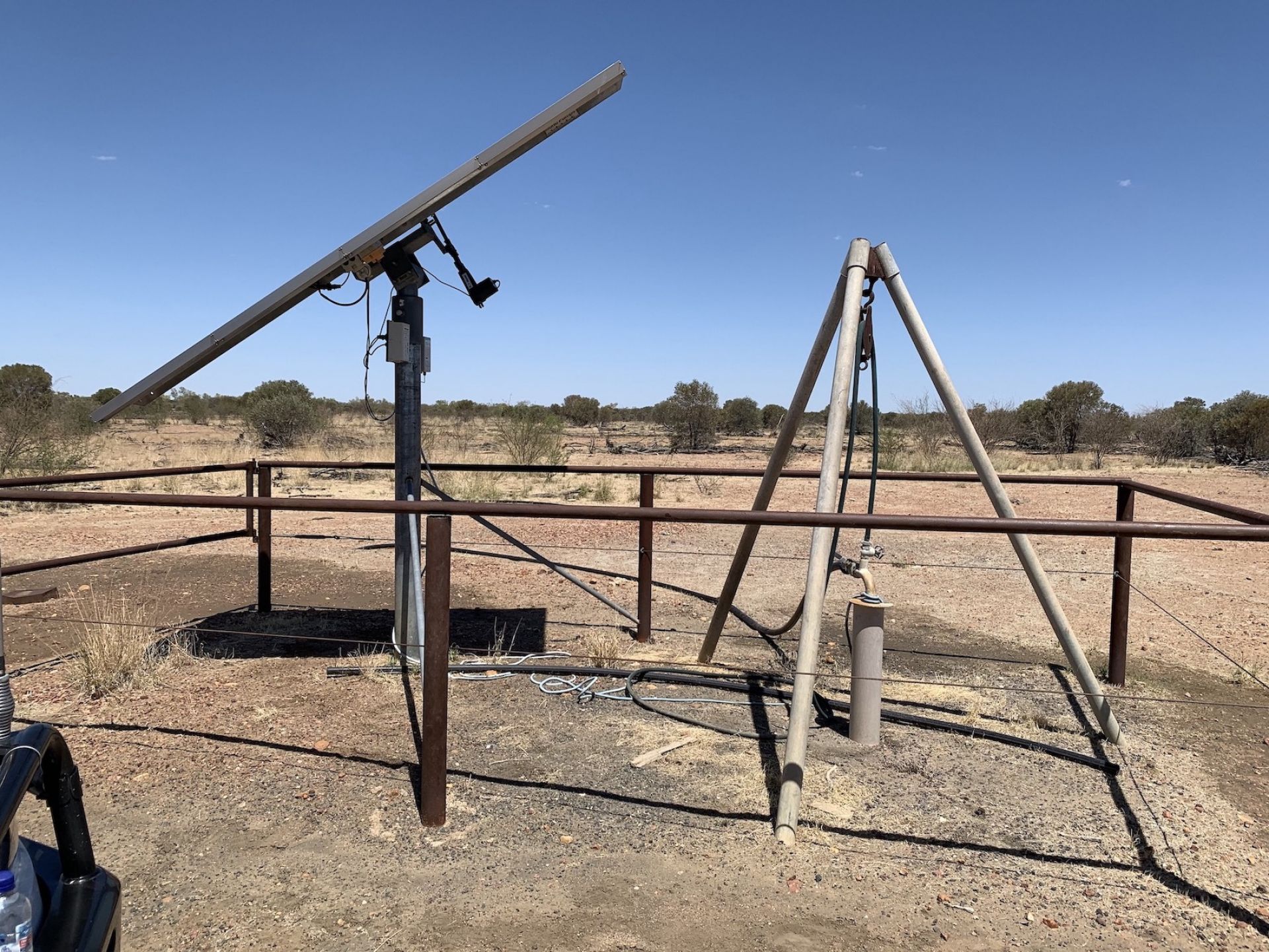 An example of some of the groundwater bores used by the JCU team to test for signatures of copper isotopes.

In what is an Australian first, JCU Geochemistry researcher and lecturer Dr Brandon Mahan said his team was able to confirm signatures of copper isotopes (a type of atom) in water taken from existing groundwater bores near Mt Isa ore deposits, confirming the deposits’ valuable copper-sulphide minerals known as chalcopyrite.

“Mt Isa was used as a test bed because it’s a world-class mineral deposit and we need to find more like it for a green, sustainable future based on renewable energy,” he said.

“When groundwater interacts with copper minerals like chalcopyrite, the mineral partially dissolves and preferentially releases the heavier isotope of copper into the water.

“Where you get high readings of that heavier copper isotope, it indicates that water has been interacting with copper minerals and an ore deposit may lie below.”

Dr Mahan said copper is the critical metal for all power-generating infrastructure including renewable energy, such as solar, wind turbines and batteries.

“Copper is the most important element in the power grid and for electrical infrastructure - it’s the fabric that connects all of this technology,” he said.

“The discovery of copper deposits is declining such that the demand is now exceeding our ability to supply it, and this is a huge bottleneck for our progression towards a sustainable future.

“Most readily identifiable copper deposits near the surface of the earth have been found so what that means is people need to search deeper underground.

“The beauty of this technique is that it’s quite environmentally friendly because you’re not digging new holes. You are sampling existing monitoring bores. It is extremely cost-efficient in comparison to other techniques such as aerial surveys and blind drilling.”

Field work for the study was done over the course of a few months, with the team having since developed a more efficient way to sample bore water in what will be a huge boost to the hopes of the mining industry.

“We target groundwater bores that have pumps attached to them, which means that we won’t need to manually purge the bore to get a pristine water sample and test for copper isotopes,” Dr Mahan said.

“What that means is instead of taking a few hours or half a day to sample one bore after purging it, you could sample a dozen or more in one day.

“Reduced turnaround times mean lower costs, and better accessibility, of this technique to small and medium sized exploration companies who are often the ones deploying experimental or new techniques.”

Dr Mahan said the research was strongly aligned with the recently established Critical Minerals Trailblazer program and highlighted the innovation and analytical capacity of facilities and researchers at JCU.