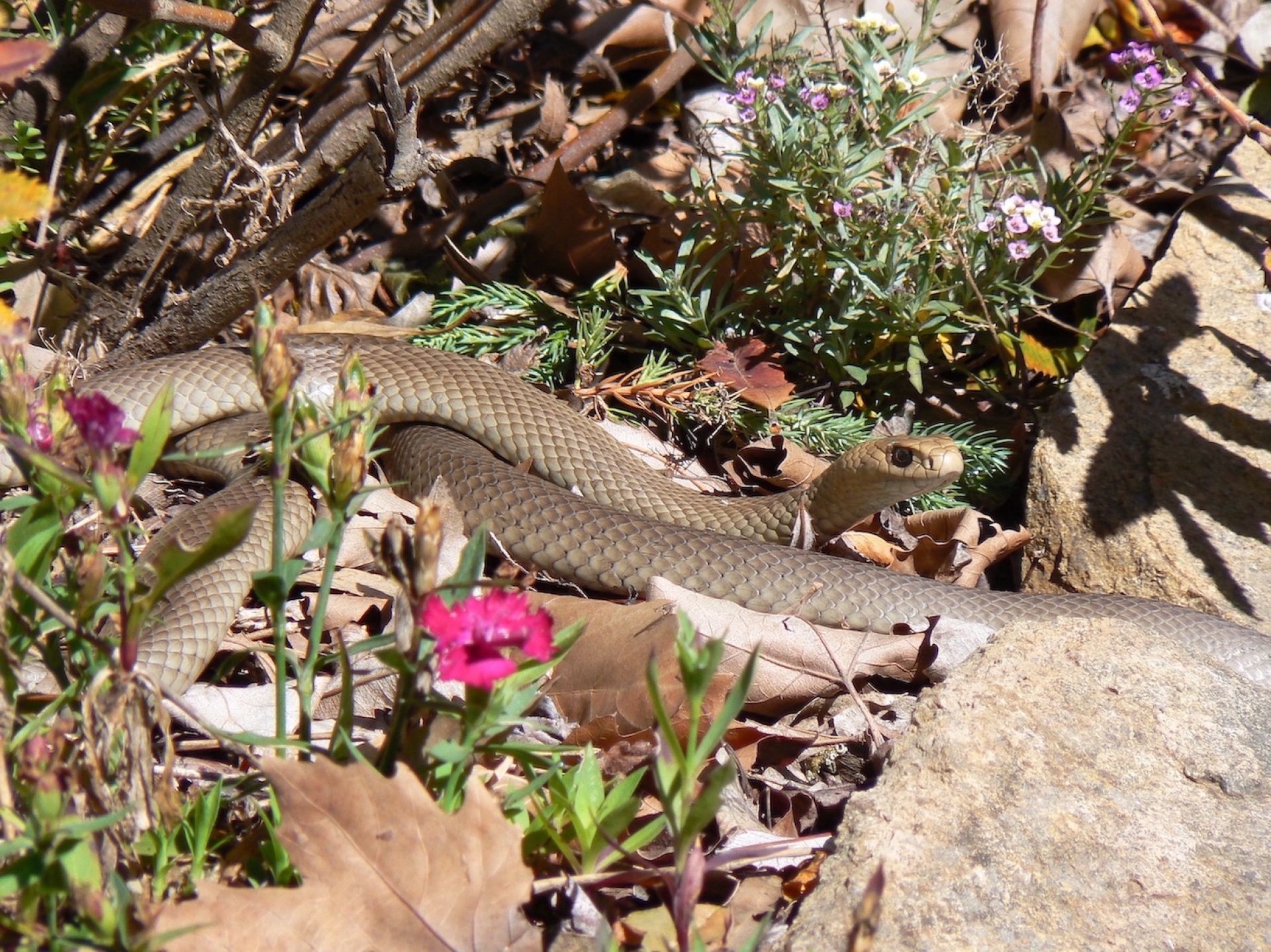 Some of northern Queensland’s most venomous snakes are more content with slithering in the shadows than risking a fight, according to a James Cook University researcher.

“The highest risk species is the Eastern brown snake, which can be found in human modified landscapes where there is a bit of housing and bush,” he said.

“But in reality, they don’t want to be anywhere near you and are very elusive.

“Coastal taipans tend to like the base of mountain ranges and they’re also super aware, meaning they can normally detect your presence before you ever see them and will just disappear.

“The truth is, people usually only get bitten by those snakes if they try to catch or kill them.

And as the region endures a sweltering heatwave, Dr Hoskin said soaring temperatures meant snakes spent most of their day avoiding the sun despite being cold-blooded.

“It’s way too hot for reptiles to be out in the sun through much of the day, and you’ll find that most of their activity is really early or late in the day,” he said.

“In northern Queensland, a lot of our autumn, spring and even some of our winter months are perfectly fine for a snake to be active.

“But the thing that really gets them going at this time of year is their prey, like frogs, rats and mice. Everything’s more active and alive through summer and the wet season.”

An increase in breeding activity is also on the cards for snakes over summer, with Dr Hoskin warning that even baby snakes can prove deadly.

“A baby brown snake will put you in hospital. It could certainly hurt a child,” he said.

“Any of those sorts of venomous snakes, no matter the size, is dangerous.”

Dr Hoskin said the best way to avoid being bitten by a venomous snake when confronted was to freeze and let it slither off.

“Snakes will only bite you if they feel cornered and you haven’t given them a way out,” he said.

“A threat to them is something moving so if you freeze, everything will calm down and the snake usually just moves on.

“If you don’t feel like the snake’s going to move away and you’re intimidated by the situation, it’s best to back off very slowly. Give it some space and an exit.”

A licensed snake catcher is another option for people dealing with snakes in buildings.

Dr Hoskin said people were more likely to have an encounter with non-venomous snakes, such as pythons, tree snakes or keelbacks, which are sometimes mistaken for their more deadly cousins.

“I often get told about so-called yellow-bellied black snakes which are actually completely harmless green tree snakes,” he said.

“Around Townsville, a fair proportion of the population are pitch black down the back with a bright yellow belly instead of the more classic murky green colour.

“You can take any species and find a whole bunch of variations in the way they look.”

Despite their intimidating features, Dr Hoskin said snakes were part of a healthy eco-system.

“In an environment like north Queensland, they’re probably the primary predator of rodents, for example,” he said.

“They’re at the top of food chain, keeping everything in check.”