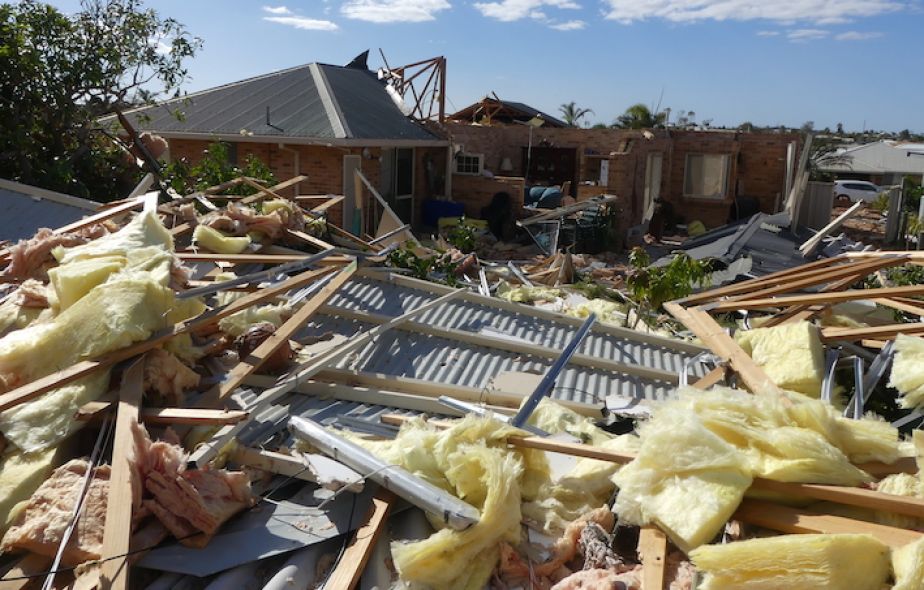 Damage in Kalbarri after Cyclone Seroja.

James Cook University experts who surveyed the wreckage left after a devastating 2021 cyclone say building standards are inadequate and need to be upgraded, even in areas not thought of as being at high risk.

Dr Korah Parackal led a study based on a damage investigation performed by the JCU Cyclone Testing Station after Tropical Cyclone Seroja, which crossed the coast as a category three cyclone just south of the small town of Kalbarri, Western Australia in April 2021.

“Kalbarri recorded a peak gust of around 180 kilometres per hour. Insurance claims at the time of the study exceeded $336m from a total affected population along Tropical Cyclone Seroja’s 500 km path of less than 50,000 people,” said Dr Parackal.

He said Kalbarri is situated in Cyclone Zone B.

“There are four different wind regions (Regions A – D) across Australia that have different building code requirements.

“Region D is the area considered most prone to severe tropical cyclones, while Region A is considered to be at minimal risk of cyclone wind impact,” said Dr Parackal.

He said building designers in regions C and D assume the structure will be breached by debris during a cyclone, causing high internal pressures from wind and endangering the roof.

But in regions A and B most designers assume the probability of debris impact is low and the building won’t be subject to these stresses – with subsequent differences in construction standards in buildings within different zones – crucially in the strength of fittings connecting the roof to the main structure of the house.

He said more than 10% of houses 20-years-old or younger in Kalbarri had significant damage to the roof.

“For these severely damaged houses, our study showed that in most cases damage was caused by internal pressure following damage to doors or windows. Occupants reported that roof loss occurred immediately after windward windows or doors broke,” said Dr Parackal.

He noted design wind speeds for all buildings in the affected areas were not exceeded in Tropical Cyclone Seroja.

“The most significantly affected areas around Kalbarri would have experienced winds less than 90% of the appropriate design wind speed. Yet there was still widespread damage,” said Dr Parackal.

He said Tropical Cyclone Seroja demonstrated that buildings in Wind Region B are currently vulnerable to wind loads if they are in the path of a tropical cyclone, even if the design wind speed is not exceeded.

Dr Parackal said following the study, proposals to change Australian building codes and standards have been submitted to extend the requirements to design for high internal pressure to the part of wind region B in Australia affected by tropical cyclones (This is known as Wind Region B2).

“Our computer models show that both the design for full internal pressure and the use of debris-rated shutters were both effective at reducing the level of serious structural damage and making houses more resilient.

“The robustness and resilience of buildings increase significantly if they are designed for high internal pressure because the failure of a window or door for instance, will not lead to a major structural failure,” said Dr Parackal.