Exploring the heart of the matter A new twist to heart research

World Heart Day aims to ensure heart health for all and JCU’s Heart of the Matter Working Group is rising to the challenge and bringing a new twist to heart research.

Have a heart. Take heart.

Fill your heart with courage, love, jealousy, rage and misery.

Adore your sweethearts and feel your heart race at the sight of a heartthrob.

Return to a heartland, eat a hearty meal and enjoy things to your heart’s content.

The heart. It is an organ essential for life. It sits at the centre of our bodies, pumping blood to every nook and cranny. It enables the delivery of oxygen and removal of waste with every beat. But there is more to the heart than the pumping of blood. It is rich in metaphorical significance tied to our emotions, our minds, our identities, and our interactions as human beings.

JCU’s new Health Humanities Heart of the Matter Working Group is exploring the heart in all its forms in order to transform heart research. The group brings together scholars from a wide range of disciplines, linking the Humanities, Arts and Social Sciences with physical and biological science and areas like biomedical engineering. In doing so, the group fosters a space for exciting new ideas to develop.

For JCU English/Writing Lecturer Dr Claire Hansen, the central aim of the project is to “explore new insights into the way that we understand this really central image in our culture across both its physical manifestations, the literal heart, and also the way we use this concept of the heart figuratively or metaphorically”.

The group recently hosted their inaugural event, the ‘Be Still, My Beating Heart’ seminar. Guest presenter Dr Michael Stevens, a lecturer at UNSW’s Graduate School of Biomedical Engineering, took the group on an exploration of artificial hearts, from their bulky and noisy early days to the smaller and sleeker model available now. Michael’s own research is in developing a ‘cruise control’ for artificial hearts so they automatically adjust to the blood flow requirements of patients. His research often has him working closely with physicians and medical clinicians, and he sees a lot of value for the future of artificial hearts by including the perspectives of scholars from outside these fields.

No longer lost in translation

Michael sees a space for cross-disciplinary research to help translate communication from medical and engineering speak.

“I see it as a way to bring patients better into the discussion, because with clinicians and medicine it’s almost like speaking a different language…I’m always translating from medical language, so I can’t imagine what it’s like for patients sometimes not being able to communicate in that kind of language.”

Also missing from the current picture of artificial heart research are the close reading skills of Humanities scholars.

“We have now a lot more young people being implanted with artificial hearts and LVADs and they’re relying on a lot of media like YouTube and blogs and whatnot to talk about their experiences,” Michael says. “I think that’s fascinating and that’s something that I don’t have the skill set to understand and interrogate where a lot of humanities researchers, scholars and academics would be able to.”

One of the most exciting things about the potential of the Heart of the Matter Working Group is that vastly different work can sit comfortably under the one space.

Also involved in the group is JCU Professor of History/Head of Humanities and Creative Arts Richard Nile. Richard and his collaborator, Ffion Murphy of Edith Cowan University, are currently working with 250,000 records of returned service personnel from the First World War to trace the history of their hearts.

“This is a kind of big data project looking into the heart as the most significant and important metaphorical way of depicting soldiers in battle – if you’ve got heart you can go into battle, if you lack heart then you are removed from battle,” Richard says. “So those who were removed from battle because they lacked heart literally were disenfranchised of their status as being war veterans because they had a psychological disorder.”

Like Michael, Richard thinks that this collaborative and cross-disciplinary approach holds a lot of value.

“Once you begin to liberate yourself into thinking about the significance of the heart, you can think about all kinds of connections,” Richard says. “I think that’s what’s going to happen here.”

For Claire, the next step is simple. “We really want to encourage people to get in touch if they want to collaborate, whatever area of the University they’re from - touch base with us.”

If your research has heart, contact Dr Claire Hansen to join the Heart of the Matter’s next discussion. 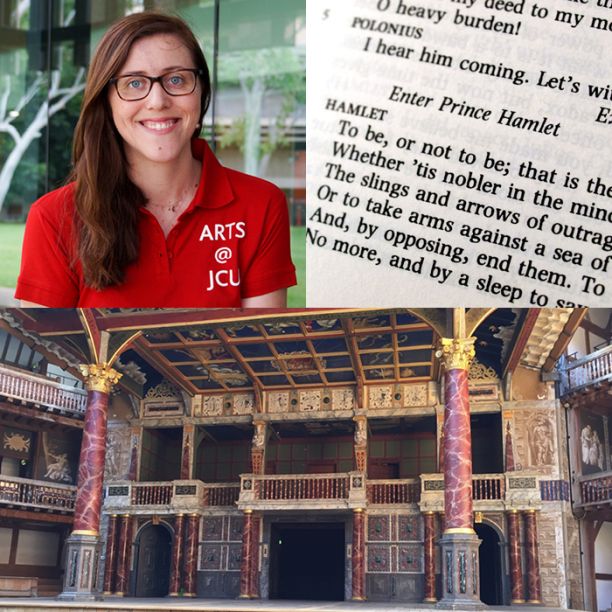 Dr Claire Hansen is a Lecturer in English and Writing at JCU. Claire co-coordinates the English Major and coordinates the first-year English subjects at JCU. She specialises in Shakespeare studies and pedagogy, and her current research areas include place-based Shakespeare and the health humanities. She has published on Shakespeare and complexity theory, ecocriticism, place and pedagogy, with a forthcoming article in the Medical Humanities Journal. She is co-chair of the newly established JCU Blue Humanities Lab.