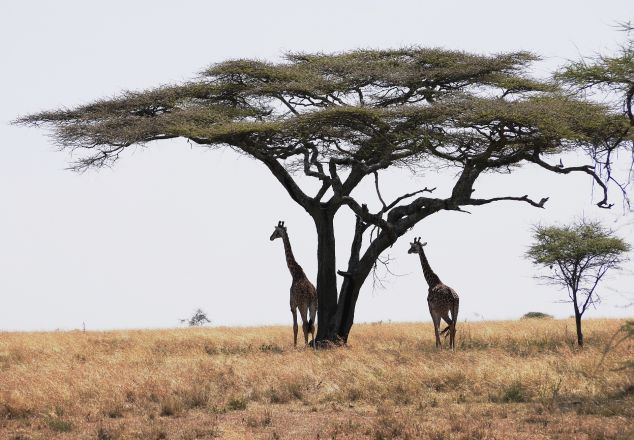 Large, old trees are the latest living things to come under threat from climate change and other environmental perils according to researchers at James Cook University and the Australian National University.

The scientists considered trees that were in the top five per cent of the size range for their species – including huge examples of Australia’s manna gum and mountain ash trees.

Co-author of a new paper, JCU’s Distinguished Research Professor, Bill Laurance, said the giant trees have become victims of their own success.

“Big, old trees need long periods of stability to survive, but that is becoming a very rare thing in our rapidly changing world,” he said.

The scientists say the conditions under which the trees grew to an enormous size are changing because of increased logging, fires, invasive species, diseases, and other causes.  The effect of rising atmospheric CO2 is especially uncertain.

Some scientists think large trees will benefit from rising atmospheric CO2 levels, which may fertilise trees and increase their growth rates.

Others argue that climate change could negatively affect large trees by increasing droughts or storm intensity, or by promoting a proliferation of vines that can strangle big trees.

“Many big old trees have maximised their growth rates and are already living dangerously ‘near the edge’ in terms of their use of available water and vulnerability to droughts,” said Professor David Lindenmayer of the Australian National University, lead author of the study.

“Unless we move fast, it’s increasingly looking like there won’t be very many places on Earth suitable for big old trees,” he said.

“Personally, I hate the thought that my children might not be able to gaze in awe at a cathedral-like tree crown,” said Professor Laurance.

The authors said that devising conservation strategies that would run over the many centuries that large trees can live is especially challenging. Currently, the longest-running environmental program in the world is only 170 years old.

Link to paper and pics: http://bit.ly/1SwH1en