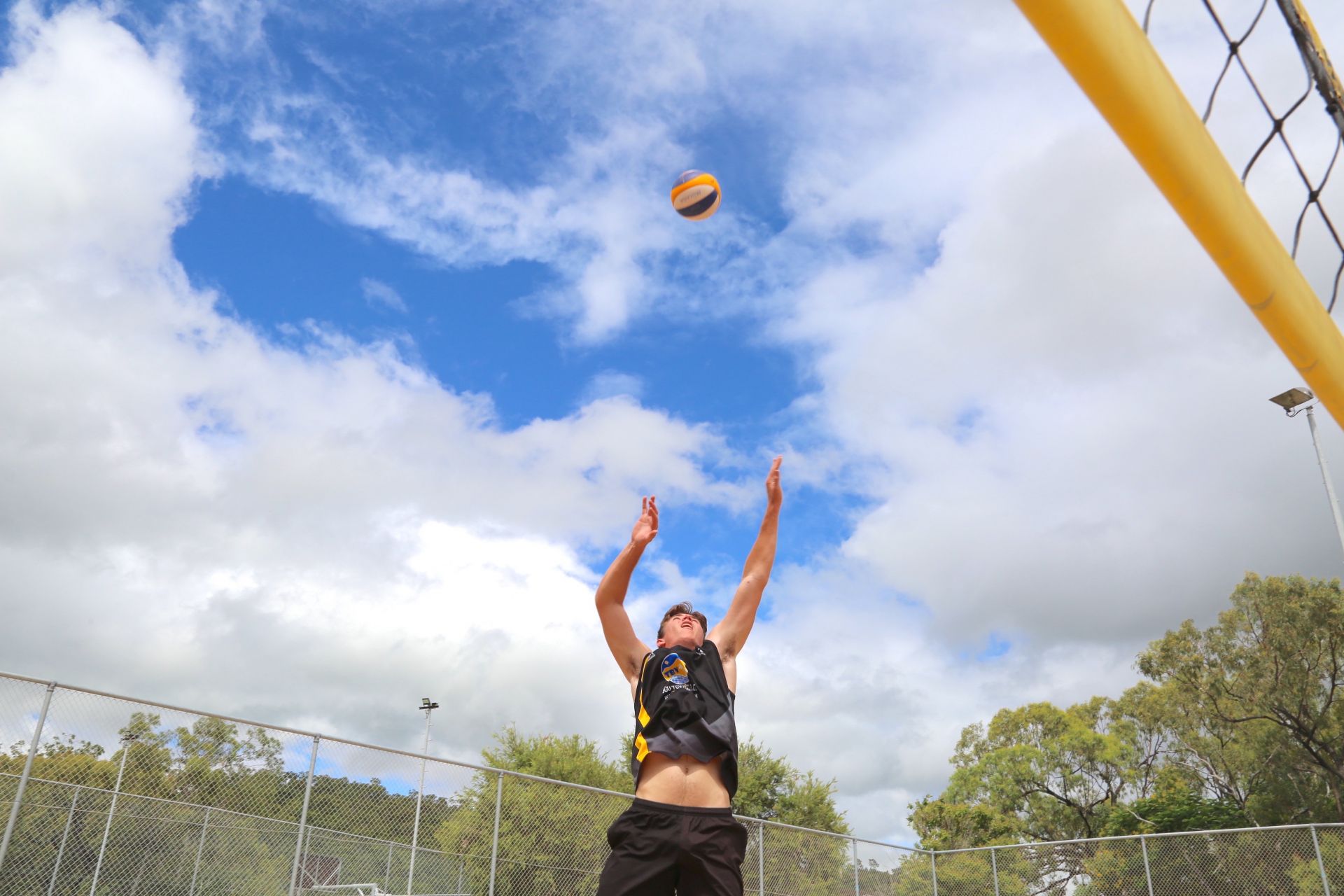 A skilful volleyball player with dreams of representing Australia has been chosen as the next recipient of JCU’s $30,000 Elite Athlete Scholarship.

Townsville resident Benson Emery said he was thrilled to have been awarded the scholarship, which provides up to $30,000 to elite athletes from northern Queensland to enable them to complete a university qualification without compromising their sporting opportunities.

“I’m really looking forward to being able to travel to competitions while being supported by JCU and representing the northern region at a high level,” he said.

“My parents used to play volleyball socially so from a young age, I’ve been around the sport.”

After joining a beach volleyball team with his friends as a 12-year-old, Mr Emery was later approached in Year 10 by his sports teacher and asked if he wanted to trial for the North Queensland Indoor Volleyball Team.

“I was the only player from Townsville who made the team. It was through the NQ team that I realised there were opportunities to take my career further,” he said.

“I would love to represent Australia and I’ll be working towards that by playing in as many competitions as I can,” Mr Emery said.

The 17-year-old is looking forward to the year ahead as he hones his skills as a volleyball player in both the indoor and beach formats.

“I’m quite excited. It’ll be a new experience,” he said.

“I’m also looking at competing at this year’s UniSport Nationals in Perth with my playing partner.”

“Benson has a great opportunity here at JCU to both excel as an athlete in volleyball and receive a high-quality degree in Engineering.

“His exceptional sporting talent and excellent academic results in Year 12 as a straight A student made Benson an ideal recipient of this year’s scholarship.

“We couldn’t be prouder to have him on board,” Professor Cocklin said.

Mr Emery is the fifth recipient of JCU’s Elite Athlete Scholarship, with previous recipients and hydro-foil kiteboarders Breiana and Scott Whitehead currently in training for the 2024 Paris Olympics.