Tadpoles are not just baby frogs

Tadpoles may be vital in helping maintain the ecosystems of freshwater streams, a JCU researcher is discovering.

Tadpoles are not just baby frogs Tadpoles may be vital in helping maintain the ecosystems of freshwater streams, a James Cook University researcher is discovering.

A tadpole is the aquatic larva or immature form of frogs and toads, after the development of the internal gills and before the appearance of the forelimbs and the resorption of the tail.

Katrin Schmidt, a PhD candidate in JCU’s School of Marine and Tropical Biology, said the study of a tadpole’s role in nature was fascinating.

“Stream-breeding frogs are important in linking streams and the surrounding riparian landscape,” she said.

“By acting both as consumers and prey to other species they contribute to energy transfer within and between the two habitats.

“Tadpoles may be highly abundant in some streams, but we know very little about their actual role in these ecosystems.” 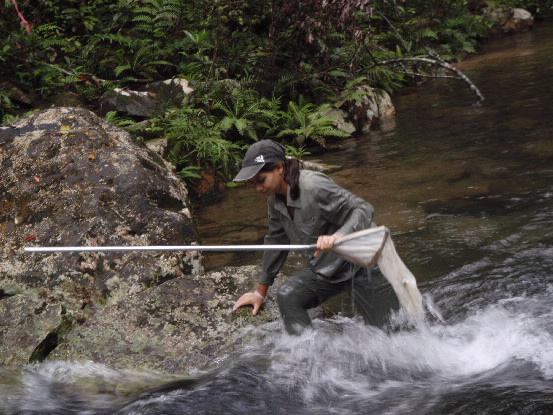 Ms Schmidt said amphibian declines had become a serious conservation problem worldwide, resulting in the loss of populations or even entire species.

Many of the declines had been linked to the fungal disease chytridiomycosis, she said.

“The drastic loss of frogs at higher elevations has made the question on the role of tadpoles in streams very urgent.”

Ms Schmidt said tadpoles could be very important in maintaining the structure and function of streams through their feeding activities and their interactions with other animals.

“However, the feeding ecology of tadpoles is poorly understood and little is known about their nutritional requirements, including their main source of energy and nutrients.

“By looking at the isotope signatures in tadpoles, invertebrates and possible food sources in streams, I hope to determine how they are interlinked in the food web.”

Ms Schmidt said information on relationships between tadpoles and other organisms was also limited.

“Tadpoles and some species of invertebrates may interact with each other, for example during leaf litter breakdown,” she said.

“Terrestrial leaf litter is the main source of energy in forest streams and nutrients get released while animals feed on the leaves.

“Nutrients released as a result of tadpole activity can benefit microorganisms, algae and other animals, but the extent of this is not known.

“My project focuses on understanding the function of tadpoles and the effects of their loss on streams and other aquatic organisms.” 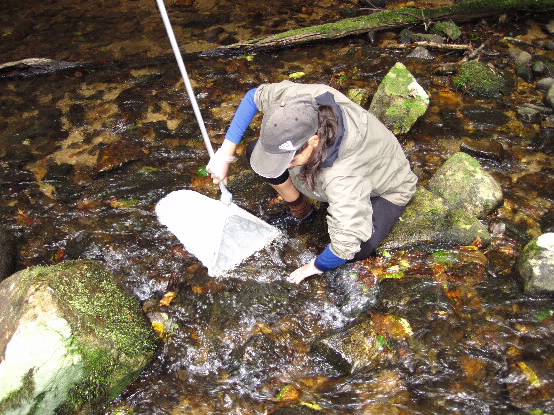