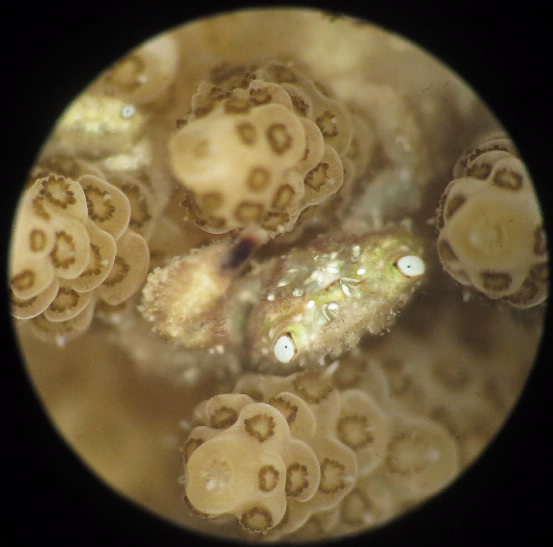 Joseph Pollock, from James Cook University’s School of Marine and Tropical Biology and the Australian Institute of Marine Science (AIMS), has been studying the disease, and its unlikely helper, the "furry coral crab".

The study, Cymo melanodactylus crabs slow progression of white syndrome lesions on corals, describes how coral-associated crabs help protect their coral hosts from disease, both of which appear throughout the Indo-Pacific.

Mr Pollock said another research team at JCU had originally reported on an association between white syndrome and these crabs.

Initially, it was thought the crabs were to blame for the disease, rather than helping cure it, he said.

“Researchers originally speculated that they may actually cause the disease, since diseased colonies have high numbers of crabs and it is known that these crabs can eat coral tissue,” he said.

“I have been doing a number of assays to determine the cause of this disease and it didn't seem that the crabs could cause the amount of destruction you see with this disease, in which the coral tissue essentially just falls off of the coral skeleton.

Mr Pollock said it was not entirely clear how the crabs slowed the disease progression.

“We hypothesize that it may be in a manner similar to maggot debridement therapy, an ancient medical treatment that is actually still in use today.”

Mr Pollock likened it to actor Russell Crow's character in the film Gladiator when he has his shoulder wound cleaned by maggots.

“Essentially, the crabs could be slowing the disease by simply feeding on sloughing coral tissue and potentially harmful microbes at the lesion front.” Mr Pollock said he had been studying white syndrome coral disease at Lizard Island, about 240km north of Cairns and 27km off the Far North Queensland coast, for about two years but this set of experiments was quite brief.

“We basically collected healthy and diseased coral colonies from the field, manipulated the crab numbers, and observed the fragments for three weeks.”

The disease had a devastating effect on corals, he said.

“The disease is pretty nasty. Essentially, the corals tissue just falls off of the skeleton and it is often fatal to the coral. Imagine your skin and muscle starting to fall off at your fingertips and spreading over the entire body leaving behind only skeleton.

“It is also interesting that we found these crabs to be very strongly attracted to white syndrome colonies. This means that when a coral is infected with the disease, crabs from nearby coral colonies could migrate to the diseased colony, slowing the disease. This could be a very interesting feedback mechanism whereby these crabs help to slow coral disease on reefs.”

The experiments were performed by Mr Pollock and Mr Sefano Katz, a collaborator from Israel who is completing an internship at JCU.

Also attached are several photos of the little crabs and a video of one of the crabs ( link ) on a diseased Acropora hyacinthus coral. Also attached is a photo of Mr Pollock with a nearly three-metre Acropora hyacinthus (plate coral) infected with white syndrome. This photo was taken on No Name Reef (near Lizard Island) recently. Photo and video credits: F. Joseph Pollock