JCU recently (October 21) held the third annual TropEco Sustainability Awards in Cairns and Townsville to acknowledge the sustainability achievements of students and staff in 2013. 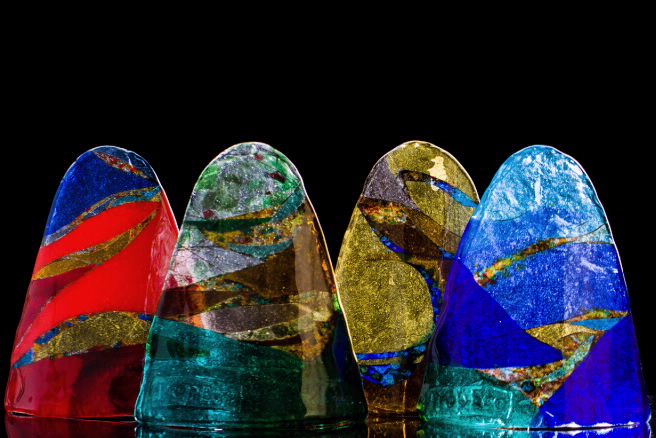 James Cook University recently (October 21) held the third annual TropEco Sustainability Awards in Cairns and Townsville to acknowledge the sustainability achievements of students and staff in 2013.

Sixty-nine nominations were received across the five award categories.

“The response this year was phenomenal and the calibre of nominations was very high, which made judging extremely difficult”, Adam Connell, JCU Environment Manager said.

This year student involvement was highly evident with students or student led initiatives taking out four out of the five awards and another ten receiving recognition as a highly commended.

“It’s great to see the students coming on board and championing sustainability initiatives on campus and in the community”, Adam commented. “These are our future leaders and it gives hope to see we are producing well rounded graduates who understand and can tackle the global challenges we’re facing now and into the future”.

This year saw five awards presented along with highly commended entries for both Cairns and Townsville in each category.

“This year the awards continued to focus on the four C’s that make up a sustainable institution, Campus, Curriculum, Culture and Community,” Adam commented. “In each category we look at the impacts the nominees have had on the triple bottom line of social, environmental and economic sustainability.”

The fifth award presented on the night was the TropEco Excellence Award, which recognises an individual who has had a major impact on improving the sustainability of JCU.

Annemarie and her colleague Shelley Smith also took out the Culture Award for their work with Green Switch.

“Receiving the award was unexpected and I am incredibly grateful for the recognition”, Annemarie commented. “To me, it means that my work is making a difference amongst students, and is creating a greater sense of responsibility towards creating a sustainable future on campus.”

“Throughout implementing the 'Green Switch' initiative, I received an outstanding amount of help from students who are passionate about creating real change, which undoubtedly contributed to the success of the program”, said Annemarie.

The other Award winners were Dr. Louisa Thomas and Dr Kelsey Halbert for Curriculum, Josh McIntyre for Community and Samantha Forbes and Alana Valero for Campus.

The stunning, one-of-a-kind awards are made from kiln formed glass and were produced by Townsville local artist Sue Tilley. The awards are inspired by the colours and textures in nature and capture the beauty of the environment around us.

TropEco and the Division of Finance and Resource Planning would like to congratulate the award winners and thank everyone that submitted a nomination and attended the awards ceremonies.

The full list of award winners and highly commended entries are as follows:

Photos from the award night can be seen on the TropEco Facebook page: https://www.facebook.com/tropeco.james.cook.university

For enquires related to the awards please contact the Environment Manager, Adam Connell - adam.connell@jcu.edu.au or 4781 5060