Why great creative and research discoveries are in serious decline

JCU’s Head of the School of Creative Arts Professor Peter Murphy will deliver his Professorial Inaugural Lecture in Townsville later this month. 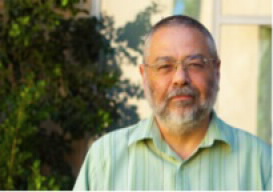 JCU’s Head of the School of Creative Arts Professor Peter Murphy will deliver his Professorial Inaugural Lecture in Townsville later this month.

Professor Murphy will present The Big Creativity Deficit:  why the arts and sciences are dying, and why great creative and research discoveries are in serious decline today, and why you should care on Wednesday, 25 September 2013.

Professor Murphy said the lecture was about declining numbers of ‘big ideas’.

“Modern economies are ideas-driven but we live in an era when big ideas have dried up,” he said.

“The more modern societies spend on ‘research and development’, the fewer breakthroughs are generated.”

“The humanities and creative arts are treading water. Core areas of the natural sciences are increasingly sterile.

“As universities have expanded in the past 40 years, the level of research and creative achievement has shrunk dramatically.”

His lecture would discuss the cultural, social and institutional forces driving this desertification of the imagination, he said.

Peter Murphy is Professor of Creative Arts and Social Aesthetics at James Cook University. He is the author of The Collective Imagination (2012) and Civic Justice (2001) and is co-author of Dialectic of Romanticism (2004) and the trilogy Creativity and the Global Knowledge Economy (2009), Global Creation (2010), and Imagination (2010). His latest book Universities, Creativity and the Innovation Economy will be published in 2014.

Peter Murphy completed his PhD at La Trobe University under the direction of the distinguished philosopher and social theorist Agnes Heller.

Before coming to JCU he held continuing appointments in Political Science at the University of Ballarat, in the Master of Communication Program at Victoria University, Wellington, and in Communications and Media at Monash University where he was Director of the Social Aesthetics Research Unit.

He also spent a number years at the pioneering Australian Internet search company Looksmart in editorial and analytic roles.

Murphy’s major research interests concern the nature of creativity and the imagination.

Murphy is the author of more than 90 peer-reviewed articles and chapters. <

His scholarly work ranges widely across the humanities, creative arts and the social sciences. He is Coordinating Editor of the social theory journal Thesis Eleven (Sage Publications) and is Chief Investigator with Professor Simon Marginson of the University of Melbourne on an Australian Research Council Discovery Project (2012-2014) Crucibles of creativity? Australian universities and path-breaking intellectual work. His latest book Universities, Creativity and the Innovation Economy will be published in 2014 and his most recent co-edited scholarly collection, Aesthetic Capitalism, will be published then as well.