Foray into fiction for acclaimed writer

Drusilla Modjeska, one of Australia’s most highly acclaimed and best loved writers will deliver the 2014 Colin Roderick Lecture in Cairns on April 29. 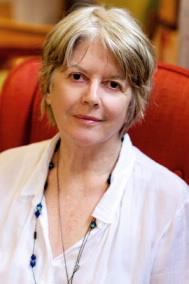 Drusilla Modjeska, one of Australia’s most highly acclaimed and best loved writers will deliver the 2014 Colin Roderick Lecture in Cairns on April 29.

The lecture is titled ‘The Informed Imagination’ Writing PNG: Land of Unlikeness.

James Cook University’s Adjunct Professor Don Gallagher said the lecture would focus on Ms Modjeska’s recent novel, The Mountain, which weaves fact with fiction to create a story of “love, lust, grief and betrayal” set in Papua New Guinea on the brink of independence.

“Drusilla Modjeska is best known as a writer of works like Poppy, a biography of her mother, The Orchard, and Stravinsky’s Lunch, brilliant non-fiction works that employ some of the devices of fiction,” he said.

“With The Mountain, Drusilla Modjeska has undertaken a sweeping work of fiction ‘as intricate and powerful as the bark-cloth paintings at its heart’.”

Professor Gallagher said the lecture would trace the writer’s transition from non-fiction to fiction through the problems encountered in undertaking the ‘unlikeness’ of Papua New Guinea as a subject.

Born in England, Ms Modjeska lived for a number of years in Papua New Guinea before arriving in Australia in 1971.This novel is inspired by her experiences of Papua New Guinea during the late 1960s and early 1970s, the years leading up to independence, and by an intimate knowledge of some traditional communities.

Founded in 1966, the annual Colin Roderick Lecture honours the work of the late Professor Colin Roderick, an enthusiastic champion of Australian literature who became JCU’s Professor of English Literature in 1965.

During these years of writing and publication Drusilla Modjeska held a teaching appointment at UTS, where she was part of the team that established the writing program, followed by research fellowships at the University of Sydney.

Although she did not return to Papua New Guinea until the 2000s, she maintained contact with many she had known during her years there. She read widely in Pacific, and especially PNG literature.