Diseases that lead to wildlife declines are being studied by a team involving JCU researchers, in an effort to raise global awareness, improve surveillance, and reduce species loss.

Diseases that lead to wildlife declines are being studied by a team involving James Cook University researchers, in an effort to raise global awareness, improve surveillance, and reduce species loss.

Dr Grogan said her research was centred on disease surveillance for 'biodiversity diseases’, or wildlife diseases affecting biodiversity - an often-neglected group of diseases.

“New and emerging diseases continue to be recognised, and are thought to be due to a number of factors including globalisation,” Dr Grogan said.

“These previously unrecognised diseases may affect not only humans, domestic animals and agricultural crops, but also wildlife.

“Diseases can have serious impacts on wildlife species and can contribute to global biodiversity loss through declines in population numbers and species extinctions.

“Examples include the decline and extinction of at least 200 species of frogs globally, due to the skin fungal disease chytridiomycosis, and the death of over six million bats across seven species due to the fungal disease white -nose syndrome in North America.”

Dr Grogan said effective surveillance was an important component of disease mitigation, but surveillance for diseases affecting biodiversity had been largely haphazard and reliant on overlap with human and livestock diseases.

“Responsibility is often spread across multiple agencies and organisations, often with no single lead agency.  As a consequence, diseases specifically affecting wildlife may fall through the gap,” she said.

“We outline key challenges for effective surveillance for emerging diseases affecting biodiversity, and propose methods to overcome these using an internationally coordinated but regionally implemented trans-disciplinary approach,” she said.

“Surveillance can be complicated and expensive to implement for free-ranging wildlife species, and here we recommend a systematic and population-based approach. Our goal is to improve timely disease recognition and management, and minimize future species loss.”

Dr Grogan said they wanted to raise the profile of the issue.

“We are hoping to raise awareness in the general public, disease researchers and policy makers, and hopefully stimulate action and mobilise funding for this important and largely neglected issue,” she said. 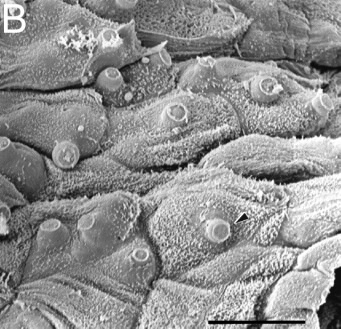 Chytridiomycosis: a catastrophic biodiversity disease causing amphibian declines. Chytridiomycosis emerged in the 1970s but was not detected until the 1990s.