Scientists fear seven critically threatened frog species will become extinct within the next decade unless vital research funding is secured. 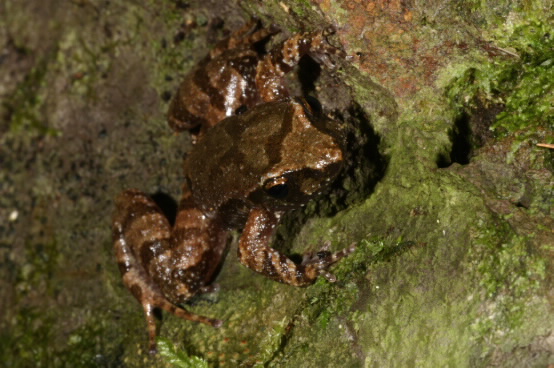 Scientists fear seven critically threatened frog species will become extinct within the next decade unless vital research funding is secured.

The deadly Chytrid Fungus has wiped out six frog species since it reached Australia in 1978, with another seven in imminent danger.

Dr Skerratt said the future of the critically endangered species could be secured with a relatively modest increase in funding towards research and disease management.

“With a research and management program costing about $15 million over five years, we believe we can save these frogs from extinction,” he said.

“With a one trillion dollar annual economy, Australians should be able to afford spending this relatively small amount of cash to save our frogs.”

Two of the seven species at risk live in Queensland – the Kroombit Tinker Frog from Kroombit Tops National Park and the Armoured Mist Frog from the Wet Tropics World Heritage Area in North Queensland.

Dr Skerratt said scientists had identified new research required such as enhancing natural selection against the fungus, as offering the best chance for the seven critically endangered frogs to survive.

“Like a lot of these sorts of situations, the real problem is trying to obtain long-term funding,” he said.

“It has been 16 years since disease was recognised as the cause of frog declines, but these types of problems are not easily solved.

“You also have to remember that financial resources for wildlife disease are on a much smaller scale.”

Nick Clemann from the Arthur Rylah Institute for Environmental Research in Victoria said time was running out.

“There are no second chances when you’re talking about extinction,” he said.

“These seven frog species are part of Australia’s unique wildlife heritage and saving them would be both an extraordinary achievement, and a priceless gift to future generations.” Dr Annie Philips from the Tasmanian Department of Primary Industries, Parks, Water and Environment on 0400 954 295.