Sea snails that leap to escape their predators may soon lose their extraordinary jumping ability because of rising human carbon dioxide emissions, a team of international scientists has discovered. Sea snails that leap to escape their predators may soon lose their extraordinary jumping ability because of rising human carbon dioxide emissions, a team of international scientists has discovered.

The snail uses a strong foot to leap away from approaching predators, either stops jumping, or takes longer to jump, when exposed to the levels of carbon dioxide projected for the end of this century.

Dr Watson said the effects may be quite profound.

“While this study shows that disrupted decision-making with elevated carbon dioxide levels can occur in marine invertebrates, scientists have also observed similar effects before, in fish.” 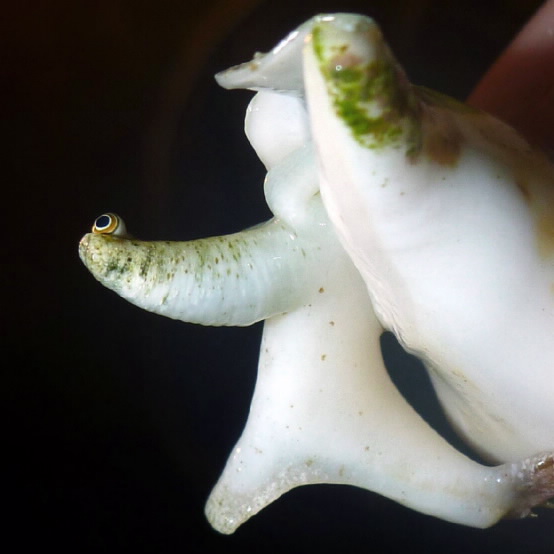 Co-author Professor Göran Nilsson, from the University of Oslo, said: “this neurotransmitter receptor is common in many animals and evolved quite early in the animal kingdom. So what this study suggests is that human carbon dioxide emissions directly alter the behaviour of many marine animals, including much of the seafood that is part of the human diet.”

Professor Philip Munday, from the Coral CoE, said past studies on the effects of ocean acidification on animals mostly focused on what would happen to the shells of marine snails and other calcifying animals – how could shells be built and maintained in a more acidic environment?

This study shows that they actually face the dual threat of both weaker shells and impaired behaviour.

Professor Munday says it was critical to study and understand more about the extent of these behavioural disturbances.

“The big question now is whether sea creatures can adapt fast enough to keep up with the rapid pace of rising carbon dioxide levels and ocean acidification,” he said. Further images and video as well as the paper, are available on request. 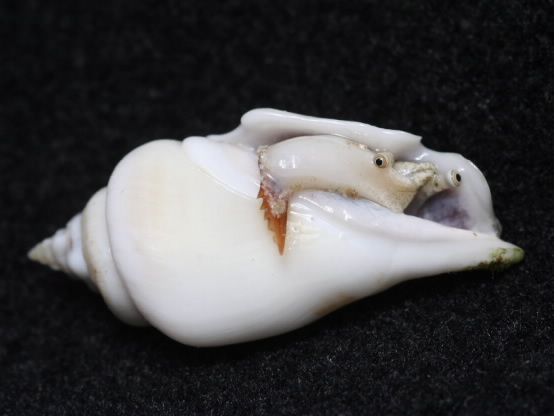