James Cook University’s Singapore campus has earned the distinction of being the first private education institution to attain an EduTrust Star quality mark from the Singapore Government. 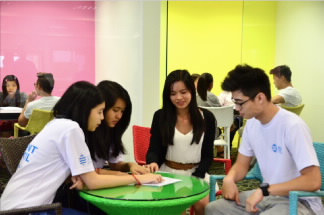 James Cook University’s Singapore campus has earned the distinction of being the first private education institution to attain an EduTrust Star quality mark from the Singapore Government.

The EduTrust Star is the highest level of quality assurance that can be awarded to a private education institution (PEI) by the Council for Private Education (CPE) under the EduTrust Certification Scheme (EduTrust).

JCU Singapore was awarded the EduTrust Star by the CPE on April 13, 2015.

Dr Dale Anderson, Deputy Vice-Chancellor and Head of Singapore Campus said that achieving EduTrust Star status has been a priority of JCU Singapore since this quality assurance scheme was introduced.

“However, it’s our students who have benefited most from this award. All employees of JCU Singapore are mindful that they have to produce a high level of job performance in order to satisfy our main client group, the fee-paying students,” he added.

JCU Vice Chancellor and President, Professor Sandra Harding said achieving EduTrust Star status underscores the high level of commitment on the part of management and staff of JCU Singapore to strengthen the position of the institution as a leading provider of quality education.

“JCU has been committed to building a presence in Singapore since 2003 and sees JCU Singapore as an integral part of James Cook University - one university, two countries, three tropical locations (Singapore, Cairns and Townsville). The University considers the awarding of this quality mark as an important step to further broaden and deepen our commitment to Singapore,” Professor Harding said.

“We knew that attaining the EduTrust Star status was not going to be an easy undertaking. Despite the very stringent EduTrust Star requirements, our team in Singapore has managed to accomplish this remarkable feat,” she added.

The EduTrust Star award is given to PEIs that have excelled in all key areas of management and the provision of quality education services. This mark is also a symbol of recognition for sustained efforts in organisational improvement.