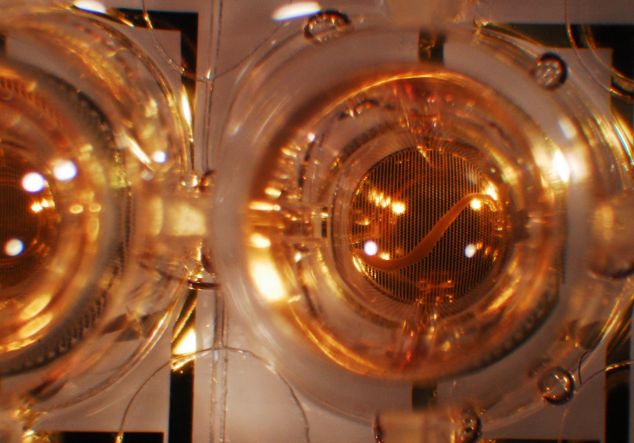 Science has a new weapon in the global war against parasitic worms that kill hundreds of thousands or people annually: xWORM.

While testing various drugs, parasitologists spend interminable hours staring down microscopes, checking whether the worms are dead or alive after being exposed to the drug.

xWORM is the result of collaboration between researchers at James Cook University (JCU), ACEA Biosciences and George Washington University.

“The easiest way to check the drug’s effectiveness is to see whether the worms are still motile – moving,” Dr Michael Smout from JCU’s Australian Institute of Tropical Health and Medicine said.

“Like many parasitologists, we’ve been looking for an accurate and efficient way to do that on a large scale.”

Inspiration stuck when Dr Smout was using another piece of laboratory equipment, an xCELLigence E-Plate® commonly used to monitor cell proliferation in cancers.

"While I was working with the E-Plate I could see a student in another section of the lab staring down a microscope doing this time-consuming and tedious task of counting how many worms had survived exposure to a drug we were testing,” he said.

“I looked back at the E-Plate I was using and I thought, if these can count cell proliferation, maybe we can find a way to use them to count wiggling worms.”

Dr Smout worked with scientists from ACEA Biosciences and George Washington University where the E-Plate® and the xCELLigence system were originally developed.

“An E-Plate is an electronic plate containing gold microelectrodes and a number of wells. With some adaptation, we found we could place parasitic worms into the wells, add a drug, and then use the xCELLigence system to measure the motility, or amount of worm wiggle,” he said.

“It’s a drop-dead easy solution for speeding up the search for new treatments for eliminating parasitic worms that have a devastating impact on human health, infecting more than one billion people worldwide.”

Despite containing gold microelectrodes, E-Plates have proven cost-effective because they can be cleaned and re-used, meaning it costs only US$0.05 to perform each test.

“If you consider the time involved in manual counting under a microscope, it’s a significant saving,” Dr Smout said.

Working with the ACEA Bioscience team, the JCU researchers have tweaked their xCELLigence system for parasites and dubbed it xWORM  – which stands for xCELLigence Worm Real-time Motility Assay.

“It’s easy to learn and simple to use. My lab is using it as part of our investigations of the different life cycle stages of the blood fluke parasite Schistosoma mansoni, which is also known in tropical tourist hotspots as bilharzia or snail fever,” he said.

“In regions including Egypt, Brazil, and many parts of Asia this parasite and related species can infect humans and animals exposed to slow-moving or stagnant water that contains specific snail species,” he said.

Although this was not a use envisaged for the E-Plates®, ACEA’s Vice-President Yama Abassi has welcomed this innovative application.

“It is further evidence of the sensitivity and flexibility of this technology to easily and cheaply study phenomena that were previously inaccessible or very laborious, costly and inefficient to study,” he said.

xWORM is outlined in the December edition of the International Journal for Parasitology: Drugs and Drug Resistance.