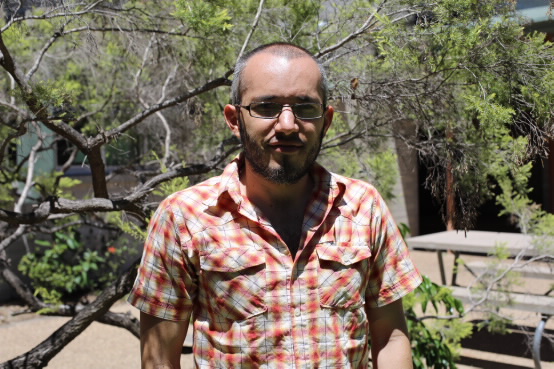 The virus originates in bats and is transmitted via horses to humans.

Infection of horses was relatively rare between 1994, when Hendra was first discovered, and 2005. But since 2006 it has been happening more frequently and over a wider geographic range.

Gerardo Martin from JCU (pictured above) is part of a team analysing the process and how to disrupt it.

“Bats are host to a disproportionate number of viruses that can spread to other animals,” he said. “The thinking is that their unique physiology - a product of their ability to fly - and their tendency to live in large groups, make them hosts to a high diversity of viruses without being affected as widely as other mammals”.

The researchers have found a chain of events that carry the infection from bat to horse, and they believe the process can only be broken at some of its links.

Dispersing bat colonies, as has been tried in Cairns and Charters Towers, does not work, as the bats can move elsewhere and make space for another colony to move in.

Mr Martin said killing or dispersing the animals also leads to more stress and possibly increasing risk of contact with other animals or humans. “Anecdotally, after one cull, two hundred injured bats were found in an orchard, unable to fly,” he said. “Something like that only increases the likelihood of contact with humans.”

He said there were a lot of unanswered questions about bat behaviour and the environmental variables that affected it.

“An example of this is that you have an animal like the black flying fox extending its range south faster than was predicted. No-one knows why at this point.”

Mr Martin said he and colleagues including Lee Skerratt and Raina Plowright were now looking at how long Hendra survived after bats excreted it and under what conditions.

“For instance, we know UV radiation is a very effective killing agent; if we find Hendra is gone a few hours after the sun hits it we could improve preventive strategies.”

The team are also fitting horses with GPS trackers to monitor their movement and grazing patterns overnight, when flying foxes feed in paddocks.

Mr Martin said the best strategy to prevent Hendra in the long term could be a combination of protecting and regenerating the bats’ native habitats away from human settlement, vaccination of horses, and preventing horses from grazing under trees where bats feed during night-time hours.