William Laurance, a distinguished research professor at James Cook University in Cairns, has received the most esteemed prize awarded by the renowned Zoological Society of London. 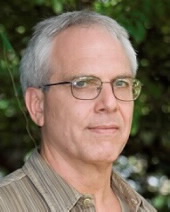 William Laurance, a distinguished research professor at James Cook University in Cairns, has received the most esteemed prize awarded by the renowned Zoological Society of London.

The Society voted unanimously to honour Professor Laurance with its 2015 “Award for Outstanding Contributions to Conservation”, for his longstanding work to save wildlife species and habitats, especially in the world’s imperiled tropical forests.

Prof Laurance was cited as “a leading scientist, a science communicator and an advocate for conservation policy.”

“I was completely shell-shocked to hear about this terrific honour from the Zoological Society of London,” said William Laurance.  “I am truly grateful to the Society for this award.”

The recognition was immediately applauded by several of his colleagues.

“Bill's passion for conservation is matched only by his hard work, his vision and communication skills,” said Professor Thomas Lovejoy, a leading U.S. scientist and former environmental adviser to three U.S. Presidents.

“His scientific contributions have been both prescient and catalytic.  He is one of the great conservation figures of his time,” said Prof Lovejoy.

Professor Corey Bradshaw of the University of Adelaide added, “Bill is undoubtedly one of the most influential biodiversity scientists of our era.”

“He is not only a scientific giant – his dedication to communicating his findings to the general public and politicians means he is so much more effective than most in driving societal change," said Prof Bradshaw.

He has also received several other important awards.  In 2009 he and Prof Lovejoy co-won the “BBVA Frontiers in Ecology and Conservation Biology Award,” likened by many to a Nobel Prize in the environmental sciences.

At James Cook University, Prof Laurance is the director of the Centre for Tropical Environmental and Sustainability Science, a research group with nearly 100 scientists working in over 40 nations around the world.

He also founded and directs ALERT - the Alliance of Leading Environmental Researchers and Thinkers, an international scientific organisation that advocates for nature conservation.