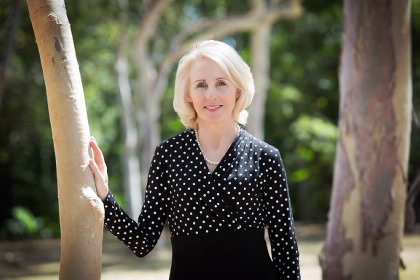 The Chancellor of JCU, Lt Gen John Grey AC, said Professor Harding has been re-appointed by the University Council to serve as Vice Chancellor and President until the end of 2021.

“Professor Harding has provided exemplary leadership for the University since joining JCU in 2007. She is held in deep respect by the people of northern Queensland, as well as nationally and internationally.”

“She has done a tremendous job driving JCU’s tropical agenda in line with the University’s strategic intent, as well as providing strong leadership to maintain JCU’s financial sustainability.”

“Under her leadership, JCU has reinforced and enhanced its position as one of the world’s leading tropical institutions of research and teaching,” Lt Gen Grey said. “Her passion for JCU and its tropical agenda is truly inspiring”.

Professor Harding said it’s a privilege to lead JCU. “I am so proud of the University and its talented students, researchers, teachers and professional staff. Building on the work of so many since the University began, the contemporary JCU has achieved much over the past few years, and there is much more work to be done.”

“I’m particularly delighted to lead JCU as we approach two crucial milestones: the 50th Birthday celebrations of the University in 2020 and growing international recognition of the significance of the Tropics as part of a new geopolitic.”