A James Cook University researcher is working on a new device that will let electric car owners sell extra current from their vehicle’s battery to the power network. 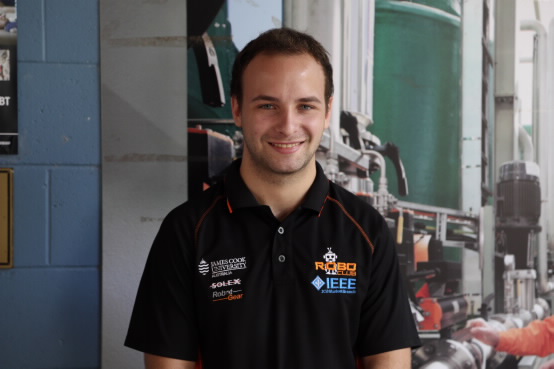 A James Cook University researcher is working on a new device that will let electric car owners sell extra current from their vehicle’s battery to the power network.

Kirk Martel is developing technology that will tell electric vehicle owners the best time to sell excess charge back to the grid.

A display unit smaller than an iPad screen and designed to fit under a car stereo will receive information from a smart meter.

It will tell users when to sell power to the grid and when to buy, based on peak and trough periods of demand and pricing.

Mr Martel said the benefits of his device will extend to more than just electric car owners. “My key aim is to help the consumer, but with many more electric cars expected on the road the electricity companies may not be able to handle the load without significant upgrades unless many of the cars are being charged at optimum times.”

Researchers have found the typical private user plugged their car in after work at a time of peak domestic demand. Fleet users plugged in at work during peak industrial demand.

Mr Martel said the calculations needed were more complicated than turning the battery on and off at certain times.

“The hard part is answering all the other things: how quickly do different battery types charge? When you are discharging it to the grid, how much charge do you leave in the battery for emergency trips? The battery will be subject to extra wear if it is charging and discharging more often, how do you take account of that?”

Mr Martel said he expects to complete the project by the end of the year.