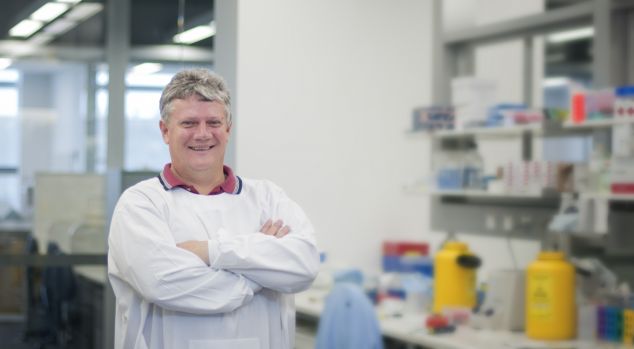 Professor Louis Schofield, Director of the Australian Institute of Tropical Health and Medicine (AITHM) at James Cook University (JCU) in North Queensland has received a $2.8M grant from the Bill & Melinda Gates Foundation, to pursue the pre-clinical development of a vaccine aimed at the goal of malaria eradication.

The research will be conducted in collaboration with researchers from the Walter and Eliza Hall Institute in Melbourne, and other colleagues and institutions in the USA.

Speaking at the Northern Australia Investment Forum in Darwin, the Australian Trade Minister, the Hon Andrew Robb AO MP congratulated Prof Schofield on the awarding of the Gates Grant, in particular as it could lead to the commercialisation of a life-saving malaria vaccine.

“This is a further major endorsement of the outstanding work undertaken by JCU and AITHM in tropical medical research,” Mr Robb said.

The funding will enable the team of researchers from North Queensland and Victoria to develop a broad spectrum vaccine effective against most species of human malaria.

Along with HIV and tuberculosis, malaria is one of the world’s most serious infectious diseases, infecting more than 5% of humanity and killing about 700,000 people each year. Half of the world’s population is at risk of contracting malaria, with the disease imposing a heavy burden in tropical regions, including Australia’s near neighbours.

“There is an urgent need for a broadly effective vaccine to attack all strains, species and life stage of malaria,” said Professor Schofield.

“However, this is a major challenge: five malaria parasite species infect humans, and the parasites are complex and hard to target.  Some forms infect people though the bite of a mosquito; other forms proliferate in the blood and cause disease, and yet different forms are passed from human to mosquitoes to complete the cycle. Our prototype vaccine attempts to overcome these barriers by attacking most species and stages in the malaria life cycle.

“Eradication of malaria would be the ultimate goal for any truly effective vaccine”.

The basic research was previously supported by a $1.3 million grant from the Bill and Melinda Gates Foundation.

The new funding will expand the pre-clinical development to improve the potency and efficacy of this experimental vaccine. The research team is grateful for the support of the Foundation, which is vital to the next stages of this project.