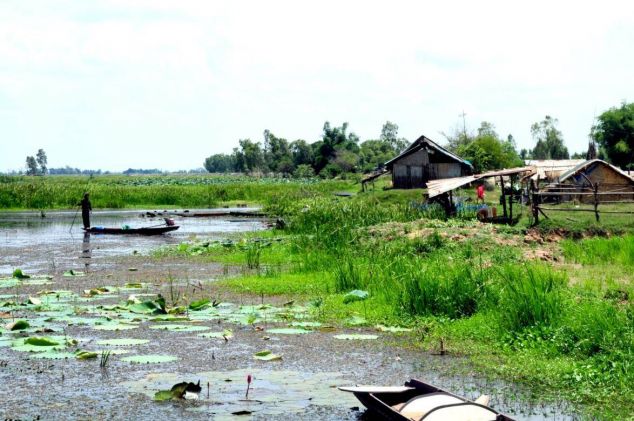 It’s short, ugly and deadly. But James Cook University scientists have found a cancer-causing, parasitic worm could help patients recover from their wounds.

JCU scientists at the Australian Institute of Tropical Health and Medicine (AITHM) have discovered that the parasitic worm that kills tens of thousands of people every year may also supercharge recovery from wounds.

The oriental liver fluke, Opisthorchis viverrini is caught by eating raw fish. It infects millions of people in south-east Asia and kills 26,000 people each year due to a parasite-induced bile duct cancer it causes, known as cholangiocarcinoma (CCA).

JCU scientists, Dr Michael Smout and Professor Alex Loukas found that a growth factor secreted by the one centimetre-long worm drives wound healing and blood vessel growth. However an unfortunate consequence of this accelerated wound repair over many years is an increased risk of developing liver cancer.

Dr Smout said the discovery means it’s possible the growth factor could be used to accelerate the healing of chronic wounds such as diabetic ulcers and to develop a vaccine against the worm-induced cancer.

He said the vaccine would obviously benefit the people directly at risk of cancer, but the growth factor would also benefit the developed world as a possible wound healing agent.

“Diabetes is a big problem as we live longer and get heavier,” he said. “There are increasing numbers of inflammatory diseases such as diabetes and associated non-healing wounds.  A powerful wound healing agent designed by millennia of host-parasite co-evolution may accelerate the impaired healing processes that plague diabetic and elderly patients”

Dr Smout said the parasite could live for decades in the human body before CCA developed and it had an incentive to keep its host healthy while chewing away at its cells.

He said scientists are still learning how this growth factor controls healing, and ultimate development of the discovery as a healing agent or vaccine was still a number of years away.

Link to paper and pics: http://bit.ly/1NmiMtm