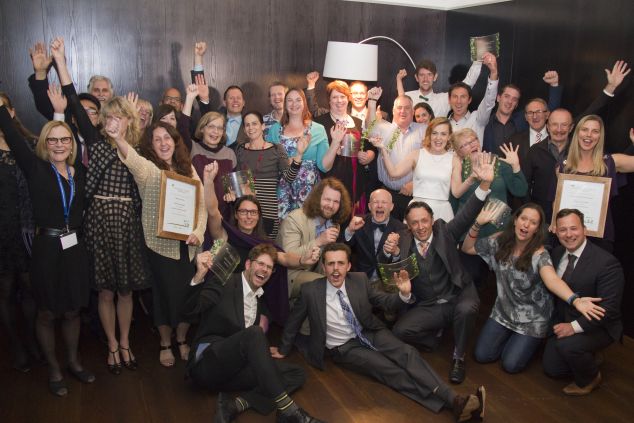 JCU’s commitment to sustainability has been recognised with the University winning two prestigious environment awards.

JCU will now head to the International Awards in a few weeks’ time for the Student Engagement Award.

Now in their sixth year, the Awards are the most prestigious recognition of sustainability best practice within the tertiary education sector in Australasia.

He said JCU was proud of the awards.

“We are delighted and honoured to be recognised for this award and it is a testament to the dedication shown by the students and staff involved in running this program,” Mr Connell said.

The program is a cross-collaboration between the International Office, TropEco, the JCU Bicycle Users Group and the Estate Directorate.

JCU’s Green Bike Fleet, which has been in operation since 2013, took out the top prize in the Student Engagement category. There are plans to roll the program out in Cairns next year.

“The program has restored over 260 bikes, which are then sold to students,” he said.

“The program was designed around the four pillars of sustainability and the cost-neutral business model allows the project to continue indefinitely. The popularity of the program has been outstanding, with initial targets exceeded by 260 per cent and supply of bikes unable to keep up with demand.”

The annual Awards, now in their sixth year, are open to all tertiary education institutions, including universities, TAFE, Polytechnic and Registered Training organisations within and outside Australasia.

A record number of 43 finalists, representing 22 institutions, were competing this year.

“Lucy is currently in her third year of university, and in this time she has shown a great passion and commitment to sustainability in both the JCU community and the wider Cairns community,” Mr Connell said.

In 2014 Lucy was the President of the JCU Sustainability Club, a student-run club promoting sustainability.

“Since becoming President, Lucy has volunteered endless hours to create connections between the community and encourage students to run projects on campus, successfully creating partnerships in which students volunteer and engage with a wide range of community groups,” Mr Connell said.

“Lucy has played a key role in encouraging students to get involved and be leaders themselves, at the same time contributing hundreds of volunteer hours to the different groups on a regular basis.”

JCU will now compete in the International Green Gown Awards, which will be announced in the UK on November 26.