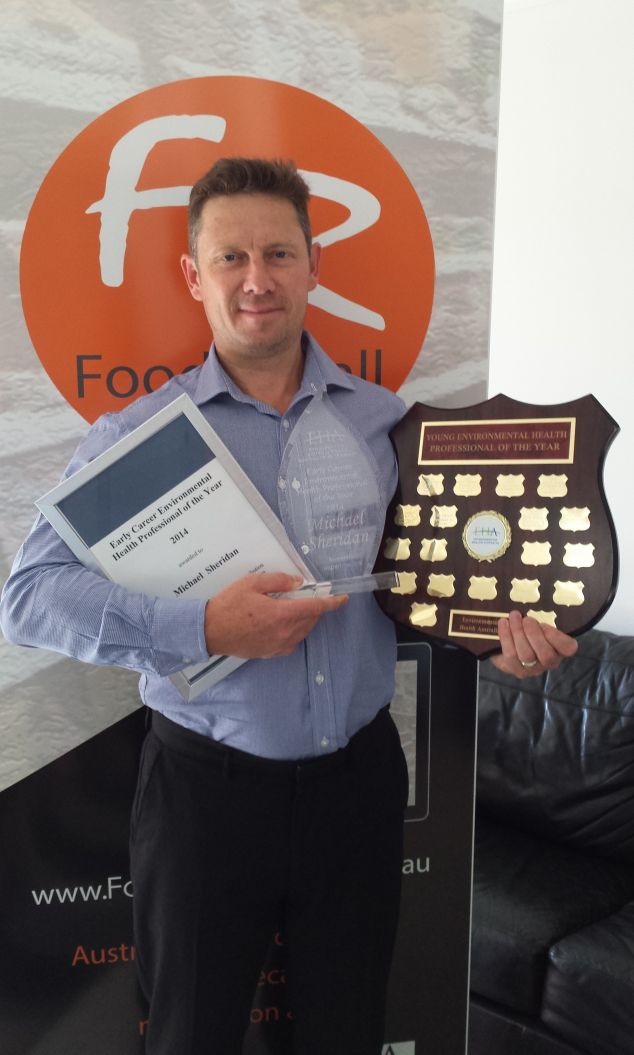 Michael Sheridan has developed an app that notifies the user of food recalls.

2014 saw the highest number of food recalls ever recorded by Food Standards Australia and New Zealand. Following the 2015 mixed berry hepatitis A scare and recall, Mr Sheridan identified the opportunity for the alert system and began work on the app.

“It was developed as a tool for those concerned about food recalled from stores due to contamination or undeclared allergens,” he said. “It’s the first time there has been an app available in Australia specifically for food recalls.”

Research by Mr Sheridan and his supervisor Associate Professor Andreas Lopata within JCU’s Australian Institute of Tropical Health and Medicine aided development of the app.

Mr Sheridan is studying a part-time PhD in food allergy with the Australian Institute of Tropical Health and Medicine (AITHM) at James Cook University (JCU) and is also an Environmental Health Officer (EHO) at Townsville Public Health Unit (TPHU) working on food safety compliance. He said he is especially keen to have the app adopted by school tuckshops.

Mr Sheridan received a $1000 payment from Australian healthcare company Aspen Medical as part of the award for further professional development.

The ‘FoodRecallAus’ app can be downloaded from GooglePlay and iTunes stores.