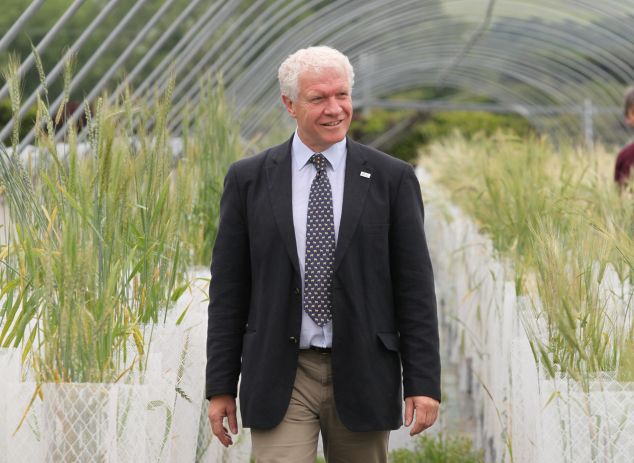 Prof Iain Gordon
A passion for sustainable development and harnessing the Tropics’ enormous potential are the inspirations of the new leader of one of JCU’s academic divisions.

Professor Iain Gordon has begun his appointment as Deputy Vice-Chancellor, Division of Tropical Environments and Societies, based at JCU’s Townsville Campus.

“This opportunity really excites me, as I am committed to supporting sustainable development, particularly in developing countries, through education and research, and creating the environment in which both staff and students can achieve their best,” Professor Gordon said.

He has previously worked in Townsville for the CSIRO in a number of roles between 2003 and 2010.

One of Prof Gordon’s lasting contributions from his time with the CSIRO was his outstanding work towards the establishment of the Australian Tropical Science Innovation Precinct (ATSIP).

“That can only happen through an educated society, and that is why James Cook University has such an important role to play.”

The merger gave rise to a new entity, the James Hutton Institute, of which Iain was CEO and Director until taking up this role. The organisation is Europe’s largest agri-environment research institute.

“His research features collaboration with a broad range of scholars, extending from ecology through the social sciences, economics and education,” Professor Cocklin said.

“I am sure Iain will bring new energy and vision to the Division of Tropical Environments and Societies and I look forward to working with him in this role.”

Images of Prof Gordon are available at: